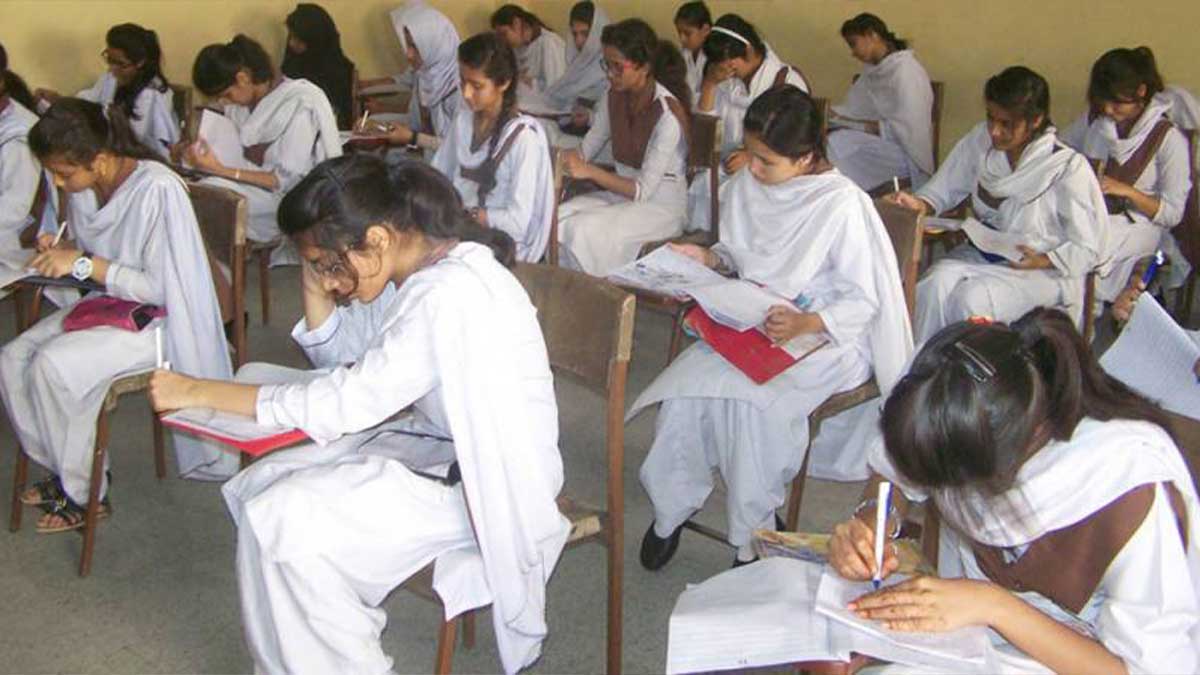 All the matriculation and intermediate students will be promoted due to the existing situation of coronavirus, as the fourth wave of the epidemic continued with the number of active cases still maintaining a high level of more than 90,000.

According to the sources, the government has decided on Monday during an inter-provincial meeting of education ministers, presided over by the Federal Minister for Education and Professional Training in Pakistan Shafqat Mahmood. It was expressed that amid the pandemic, the re-examinations of the failing students were not possible in near future.

The students had given their final exams between May and July.

“The meeting decided that due to the Coronavirus situation, immediate re-examinations will not be possible and the students who failed would be given a discounted 33 marks,” news reported.

Besides this, it was also decided that matriculation and Intermediate exams of students would be held twice a year, and the succeeding examinations would not be called supplementary exams. The meeting decided that the next Matric exams would be conducted in May-June and the new academic year would begin in August.

Furthermore, Shafqat Mehmood clarified that neither exams would be canceled nor postponed this year. “Let me make it clear that this year nobody will be promoted without exams,” he informed.

The statement arises when the authorities started to begin the coronavirus vaccination of 15-year-olds on Monday. “Teens below the age of 18 will have to produce their B-form for registration,” said Nausheen Hamid Parliamentary Secretary for National Health Services, Regulation and Coordination.

Talking to the media, the Health Secretary said that the National Command and Operation Centre (NCOC), supervising the government’s anti-Covid strategy had previously approved the emergency use of the Pfizer shot for youngsters between the age of 15 and 18 years.