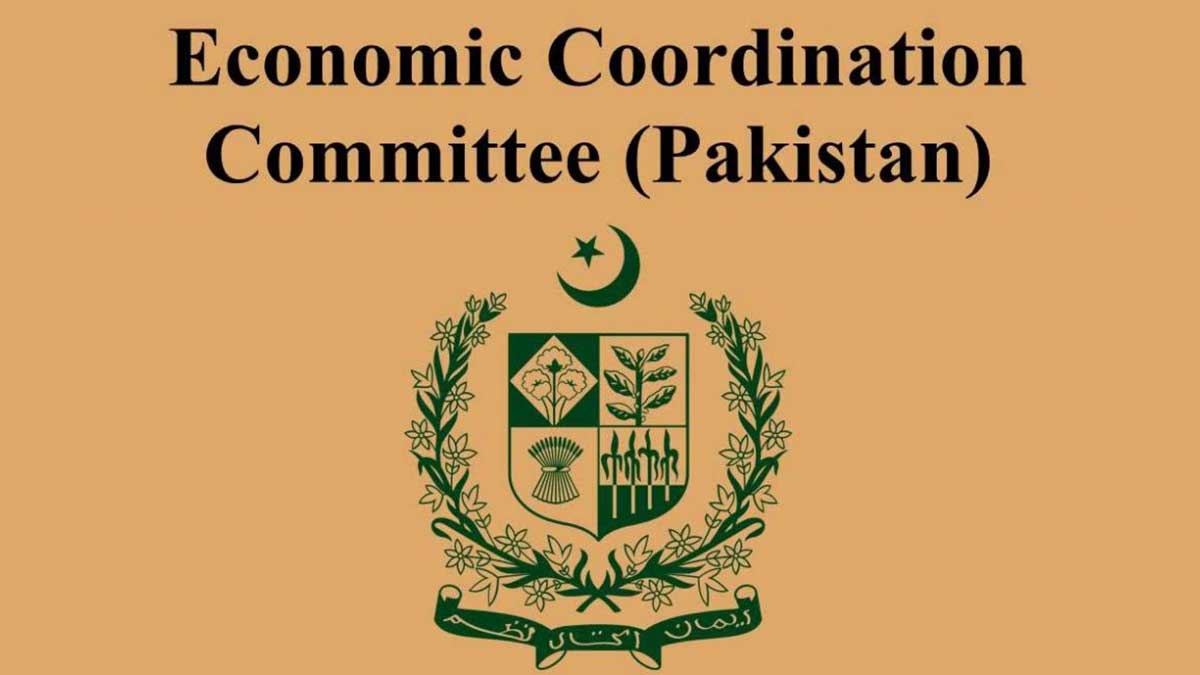 The Economic Coordination Committee (ECC) of the Cabinet took many decisions in the Wednesday meeting and okayed to start the process for import of 3 million tonnes of wheat to build strategic reserves.

The meeting of ECC of the cabinet was held on Wednesday, presided over the Federal Finance Minister, Shaukat Tarin. The meeting gave the approval of the import of 3 million tonnes of wheat so as to maintain the strategic stock of the same in the country.

The approval was given at the request of the ministry of food and subject to approval by the Public Procurement Regulatory Authority Board.

The approval for the provision of 500,000 MT of wheat to Khyber Pakhtunkhwa was also given from the stock of PASSCO during the fiscal year 2021-22 on usual terms and conditions. The government of K-P will have to bear all the concerned charges in this regard.

A quantity of 500,000 tons of imported wheat will also be given to the provincial government to meet the requirement.

After the verification by the auditor and recommendation of the airline’s board, ECC approved $17.3 million for PIA for payment of recurring and one-off liabilities for Roosevelt Hotel, New York.

The finance division, Aviation division, and Privatization Commission were asked to consult with each other and suggest in the month for deciding the future of the asset.

ECC further gave the approval or permission of the operation losses up to 0.5% for gasoline transportation through inland equalization margin. It will be adjusted against actual based on physical inventory of pipeline to be done periodically.

Oil and Gas Regulatory Authority will determine the actual rate based on actual losses and excess margin would be presented before ECC.

Approval of Rs 570 million for Ministry of Interior was also given.

ECC along with other decisions also approved to release of an amount of Rs 56.341 million for the Ministry of Maritime Affair.

Approval of Rs 145 million for Pakistan Nuclear Regulatory Authority (PNRA) was given in the meeting.