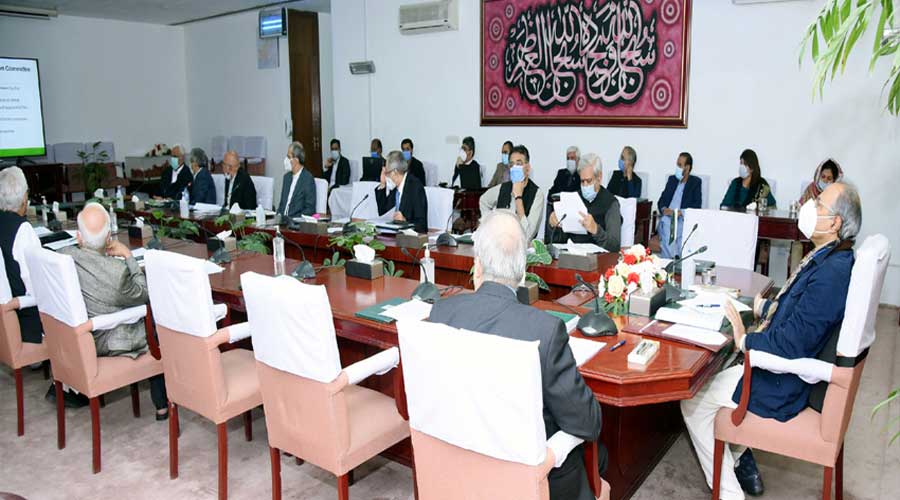 The Economic Coordination Committee (ECC) of the Cabinet Friday approved the minimum support price for the wheat crop at Rs 1,650 per 40 kg, however, the current release price was kept at Rs 1,475 per 40 kg.

Dr. Abdul Hafeez Sheikh, the Advisor to the Prime Minister on Finance and Revenue led the Economic Coordination Committee (ECC) of the Cabinet in Cabinet Division Islamabad.

After a comprehensive discussion, the ECC took an important decision about the supply and demand of wheat in order to bring stability in the local market and also to reduce the prices of wheat flour all around Pakistan.

The decision was made on the direction of Prime Minister Imran Khan, as the premier wanted to resolve the wheat issue immediately.

In the ECC meeting, it is also agreed that the aggregate issuance of wheat at 38,000 metric tons per day to the flour mills. All the representatives of the province were on board with that decision. This comprised of 25,000 metric ton by Punjab, 8,000 by Sindh, 4,000 by Khyber Pakhtunkhwa and 1,000 by Balochistan.

Apart from approved issuance of wheat, the Punjab government requested an additional 0.7 MMT of wheat and out of which 0.4 MMT of wheat will be imported by TCP for Punjab.

In the ECC meeting to set the minimum support price for the wheat crop, a technical supplementary grant in order to settle the unresolved dues of non-litigant retired workers of the Pakistan Steel Mills (PSM) is also approved amounting to Rs 11.680 billion.

All the relevant ministers attended the meeting which was chaired by Dr. Abdul Hafeez Sheikh, other ministers were NFS&R on Revenue Dr. Waqas Masood, Federal Minister for Planning, Development, Reforms and Special Initiative Asad Umar, the advisor to PM for Institutional Reforms & Austerity Dr. Ishrat Hussain and Minister for Industries and Production Hammad Azhar. Apart from that, the Governor State Bank of Pakistan, Dr. Reza Baqir and other provincial Chief Secretaries also joined through video links.