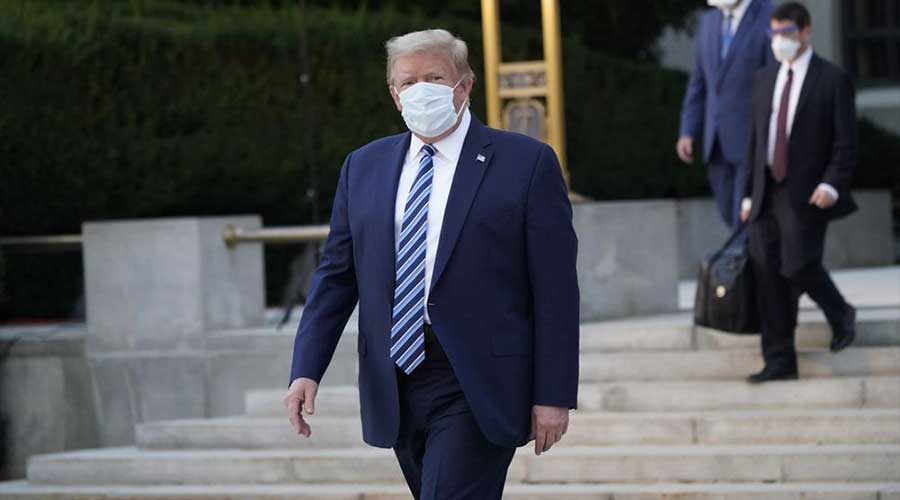 The experimental antibody drug treatment which was used by the doctors for treating United States President Donald Trump contained plasma samples from the blood of three recovered patients of COVID-19 in Singapore.

The world’s most powerful President received one of the best thinkable treatments and medications for coronavirus which includes experimental antibody treatment that is believed to be very successful but did not receive authorization from the US Department of Food and Drug.

The experimental treatment came from a biotech firm Regeneron, and they stated that they received a request from President Donald Trump doctors.

According to the Asian Scientist Magazine informed that one of the two antibodies in Regeneron’s drug treatment, REGN-COV2 provided to Donald Trump was created using blood samples from the recovered patients of COVID-19 in Singapore.

According to the studies, the blood plasma from recovered patients has been very effective to treat the coronavirus infected patients. However, treating patients on large scale is difficult as there is a lot of challenges while procuring blood from volunteers.

It is reported that what Regeneron has done is they cloned the Sars-CoV2 binding antibodies from improved patients as well as from humanized mice in order to “produce a reliable source of monoclonal antibodies”.

As per Asian Scientist Magazine, “while the ‘humanised’ mice were based on technology owned by Regeneron, the human plasma used was supplied through an agreement with Singapore’s National Centre for Infectious Diseases. According to a commentary published in The Straits Times in May, there have been talks for Singapore to potentially participate in further clinical trials of the treatment.”

Before admitting into the Walter Reed National Military Medical Center, the US President was given the antibody treatment. While his stay at Walter Reed the president Trump also received the antiviral Covid-19 drug Remdesivir in multiple doses along with another drug dexamethasone. The dexamethasone is a steroid used for treating inflammation in patients with severe cases of COVID-19.

While discharging from the hospital the American President tweeted that “I feel better than I did 20 years ago!”

Furthermore, while coming back to his duties in the White House the President told American citizens “Don’t be afraid of it. You’re going to beat it.”