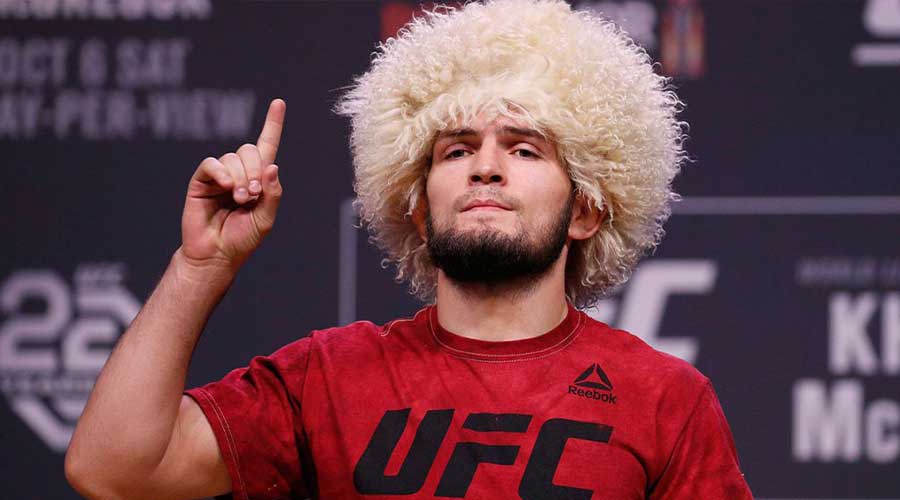 Khabib Nurmagomedov called time on his mixed martial arts career after defeating Justin Gaethje in the second round on Saturday and left his gloves in the centre of the Octagon at UFC 254 to fulfil a promise to his mother.

The constant forward approach was adopted by the Russian fighter to put pressure on the American MMA fighter before locking Gaethje in a triangle choke that rendered the opponent unconscious and extend his record to 20 wins with 0 defeats in his entire MMA career.

In July, Khabib father’s soul was departed due to COVID-19 complications at the age of 57, and many raised questions about whether Khabib can still fight with Gaethje following the death of his father Abdulmanap.

His father Abdulmanap was the one who had schooled Khabib in combat sports in his early age and remained with him in the corner while Khabib continued knocking down his opponents.

“I talked to my mother three days (ago). She didn’t want me to go fight without (my) father, but I promised her it’s going to be my last fight, and if I give my word, I have to follow this,” an emotional Khabib said in the Octagon.

“It was my last fight. I know only one thing I want from the UFC – you guys have to put me number one pound-for-pound fighter in the world, because I deserve this.”

A spectacular run of 13 wins in 8 years and the professional record containing 8 knock out and 11 submissions wins in his total 29 victories has finally come to an end.

A very few wanted to have the 32 years old Russian mixed martial arts fighter Khabib as an opponent who has now left the Octagon cage forever.