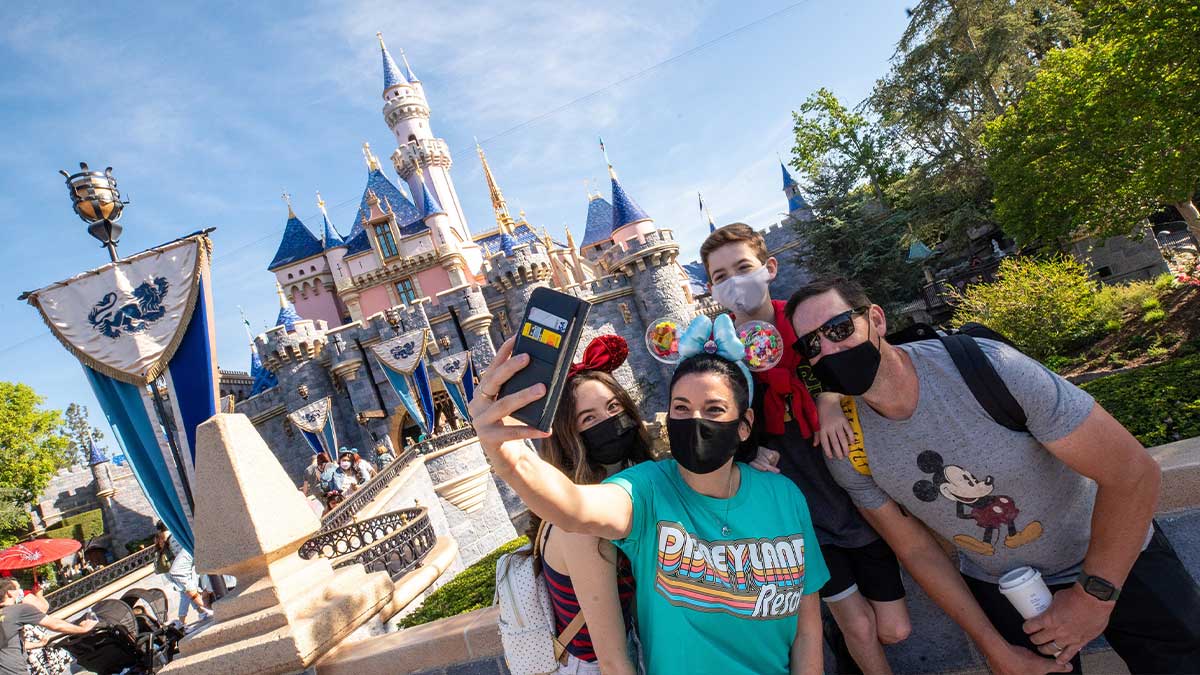 People visiting Disneyland in California were welcomed with masks, temperature tests, and no hugs from Mickey Mouse as the park opened its doors for the first time in over a year.

“The Happiest Place on Earth” was only available to California residents under coronavirus pandemic guidelines, and availability was limited to 25% to allow for social distancing.

Lauren England, one of the first-day visitors, said, “It was just very good to be back around all the energy, and the cast members were so welcoming.”

Face masks were required for guests aged 2 and up, and there were no hugs with costumed characters such as Mickey Mouse and Snow White.

There will be no parades, and the regular fireworks shows have been cancelled to keep crowds from converging.

Jocelyn Bonilla, who was one of over 28,000 Disney theme park employees in the United States who were furloughed during the closure, was overjoyed to be back.

“I was one of the people who was let go, so it’s nice to be back,” she said. “It’s great to have everyone back, to see things back to normal.”

However, Disneyland tickets are sold out until mid-June, as per the park’s online reservation system, but there is more space in the neighbouring California Adventure.

Anaheim, 35 miles south of Los Angeles, is home to Disneyland, which opened in 1955.

To better combat the COVID-19 pandemic, Walt Disney Co. closed its theme parks around the world in March 2020.

Meanwhile, Walt Disney World in Orlando, Florida, the company’s most famous resort, will reopen in July 2020.