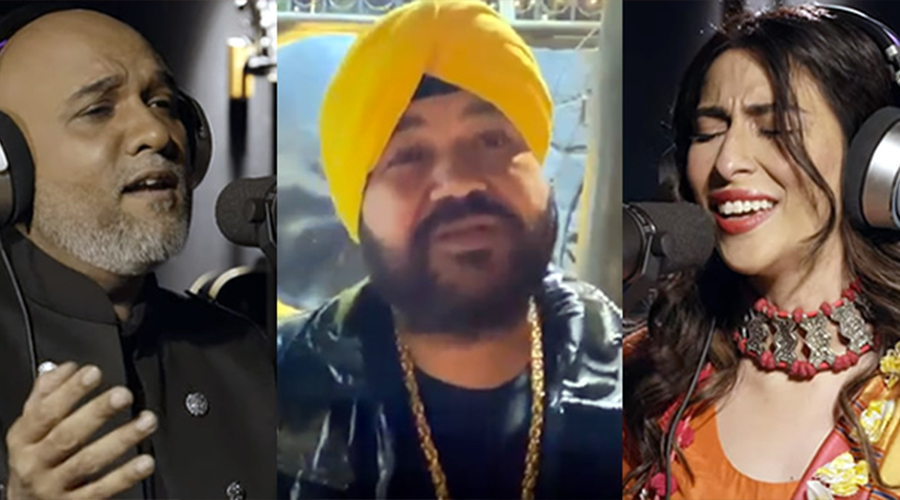 The latest season of Coke Studio has opened with a bang! The first episode of the much-awaited music show was released on Friday, and this time, Meesha Shafi won the stage who is being praised from the time the song was released.

The celebrated singer Daler Mehndi shared a heartfelt message for Ali Pervez Mehdi and Meesha Shafi over their latest release, Gal Sunn. In a video, shared by Ali on Instagram, the Tunak Tunak singer lauded the two for the song.

‘I am ecstatic! Ali Pervez Mehdi has sung an amazing track in Coke Studio. Like Ali, Meesha Shafi has done a brilliant job with Gal Sunn as well,” the Punjabi singer shared.

“I’ve been waiting for years now for Ali to come out with a song in the music industry. I sincerely hoped that Ali’s voice would reach the masses and garner the recognition it truly deserves. We were always in awe of his father, Ustad Pervez Mehdi and just like me, I’m sure other fans of Ali’s father must be happy today to see how well his son is carrying his name forward. I wish Pervez Sahab was alive today to see his son’s success.”

Daler Mehndi then asked his fans and followers to listen to the Meesha and Ali’s latest Coke Studio number.

Gal Sunn, a catchy, upbeat folk song with a contemporary funk element is the last song for the second episode. Performed by Ali and Meesha, the song represents the longing between lovers, stated a press release.

The rhythm instruments playing interlocking grooves create a toe-tapping and danceable feel. “In these times, going through [Covid-19], I wanted people to listen to something positive and fun. That is why I created this song,” said Ali, adding that the song gave him hope, he said, “I dance to it and I want everyone else to dance to it too!”

“This song has a lovely flirtatious vibe,” said the Aaya Lariye singer, adding that, “It is a beautiful composition, he [Ali] has a beautiful voice and his songwriting is really really catchy.”

The producer of the show Rohail Hyatt touted Ali to be a “master vocalist and an amazing person.” and shared, “The ease with which he delivers his vocals and the command he has over these eastern notes and nuances are a pure pleasure to experience.”

“The opening and the mid-break from where Meesha kicks in are musical passages that are cyclic in nature and tend to indicate the lower cycle of rhythm playing behind the surface rhythm,” Rohail concluded.