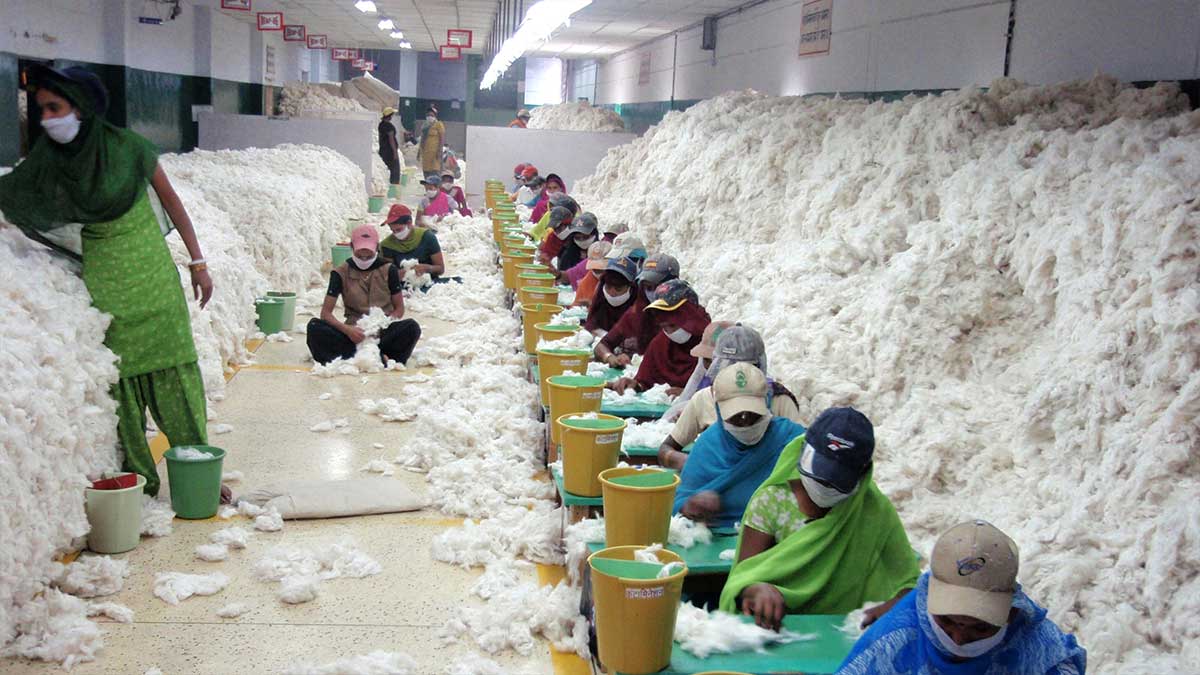 The cotton cultivation area has dropped in both the cotton-producing provinces, pushed up the initial cotton trading price to an 11-year high.

The Chairman of Pakistan Cotton Ginner’s Association, Dr. Jasomal has said, “The reports reaching here from Punjab and Sindh show that the area of cultivation has been reduced by more than 20% which means we cannot reach the production target of 10.5 m bales of cotton this year.”

As the cotton cultivation area has reduced in Panjab and Sindh, this has created the fear of decline in production and as such pushed the initial cotton trading price high.

The government has fixed the target of 10.5 m bales this year but the cotton traders and ginners are doubtful that this target would be achieved.

Last year, the government had planned to achieve the cultivation of 11 m bales but only 5.6 m bales could be produced. Farmers of both the provinces started sowing maize, sugarcane, rice, and other crops instead of cotton. As the farmers get three crops of maize in a single year, it becomes attractive for them to for the cultivation of the same.

Cotton imports are up 46% as growers await support price

During the first nine months of the current fiscal year, Pakistan imported cotton worth $1.838 billion. This is up 46% from the $1.258 billion in cotton imports over the same time last year.

If the estimate of the above two stakeholders proves true, the government will have to import the cotton, worth $2 billion to $3 billion which will mean that fruits of high textile exports which have greatly supported the government and State Bank will be neutralized.

Nasim Usman, Chairman, Karachi Cotton Brokers Forum said that the fear of shortage increased cotton prices in the local market. The highest price- Rs.14,000 per bale – was witnessed on Thursday which is an 11-year high.

He said that as the price of the cotton at the international market is low as compared to the local price, this will cause the import of the cotton which will ultimately fail the government’s efforts to reduce the trade deficit. India is going to import 42,300 million bales of cotton from the United States of America which indicates that the Indian market is on the way to recovery.

This situation may create a problem for the textile exporters of Pakistan who enjoyed a competition-free international market due to the bad condition of Covid-19 in India.