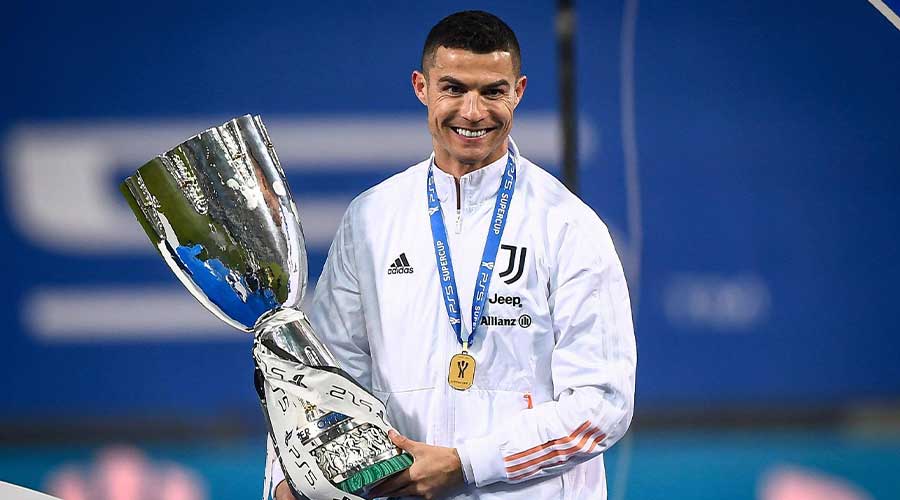 For the most goals scored in football history for club and country, Portugal and Juventus’ forward Cristiano Ronaldo (CR7) surpassed Josef Bican (759).

Cristiano Ronaldo scored his 760th career goal in Juventus’ 2-0 win over Napoli in the Italian Super Cup on Wednesday and broke Josef Bican’s all-time goalscoring record for club and country.

In his 19-year career, the 35-year-old has now scored 760 goals. Cristiano Ronaldo achieved this milestone after he scored in the 64th minute against Napoli in the Italian Super Cup.

Meanwhile, another Brazilian player Romario is on the fourth spot scoring 743 goals in his entire football career and after that comes his arch rival Barcelona’s forward and 6-time Ballon d’Or winner Lionel Messi with 719 goals in his entire career for the club and country.

In his nine-year of service at Spanish club Real Madrid, he scored 450 goals while he scored 118 for Premier League giants Manchester United, 102 for his country Portugal, 85 for current club Juventus and five for Sporting Lisbon which was his childhood club.

As he has scored 27 times against them, Ronaldo has the best record against Seville, more than any other club. With his right foot, he scored 488 goals, 139 with his left, 131 with headers, while two came from other body parts.

The former Man United and Real Madrid star has 46-hat-tricks to his credit, however, on 136 times he has scored twice. There were eight cases where he scored four times, and he scored five on two occasions.