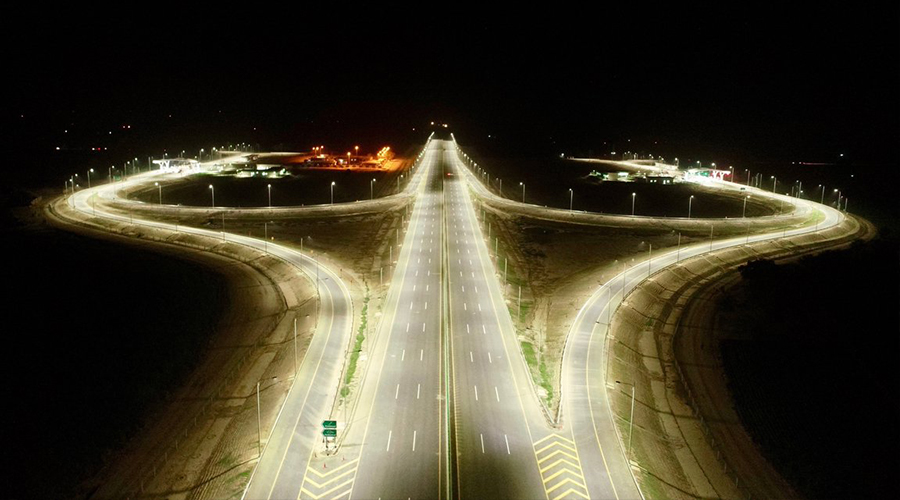 Sukkur-Multan section of the largest project under the China-Pakistan Economic Corridor (CPEC) Peshawar-Karachi Motorway has been handed over to Pakistan and opened to traffic on the 16th of December.

“Congratulations! The largest project under China-Pakistan Economic Corridor (CPEC), Pakistan Peshawar-Karachi Highway (Sukkur-Multan section), was handed over and opened to traffic on December 16.”

According to the project’s constructor China State Construction Engineering Corporation, on Wednesday, a Sino-Pakistan motorway project was officially handed over to the Pakistani side.

The Peshawar-Karachi Motorway has been the largest transportation infrastructure project under the China-Pakistan Economic Corridor (CPEC), with around 2.89 billion U.S. dollars of investment.

The Peshawar-Karachi Motorway is intended to be a 6-lane motorway connecting Karachi through M-9 to Hyderabad. The total intended length of the highway is 1100 kilometers. The Sukkur-Multan section of the CPEC Motorway has a total length of 392 kilometers and a design speed of 120 km per hour.

The 392-km-long section, also known as the M5 in Pakistan, is part of the country’s Peshawar-Karachi Motorway. The motorway was opened to traffic in November last year and has improved traffic conditions and helped drive economic development in central Pakistan.

As per the statement of the constructor, around 29,000 jobs were created for the locals in the peak time of construction and the operation of the motorway will be all done by the Pakistani side. The Chinese constructor also built schools, roads, bridges, wells, and water channels for locals.