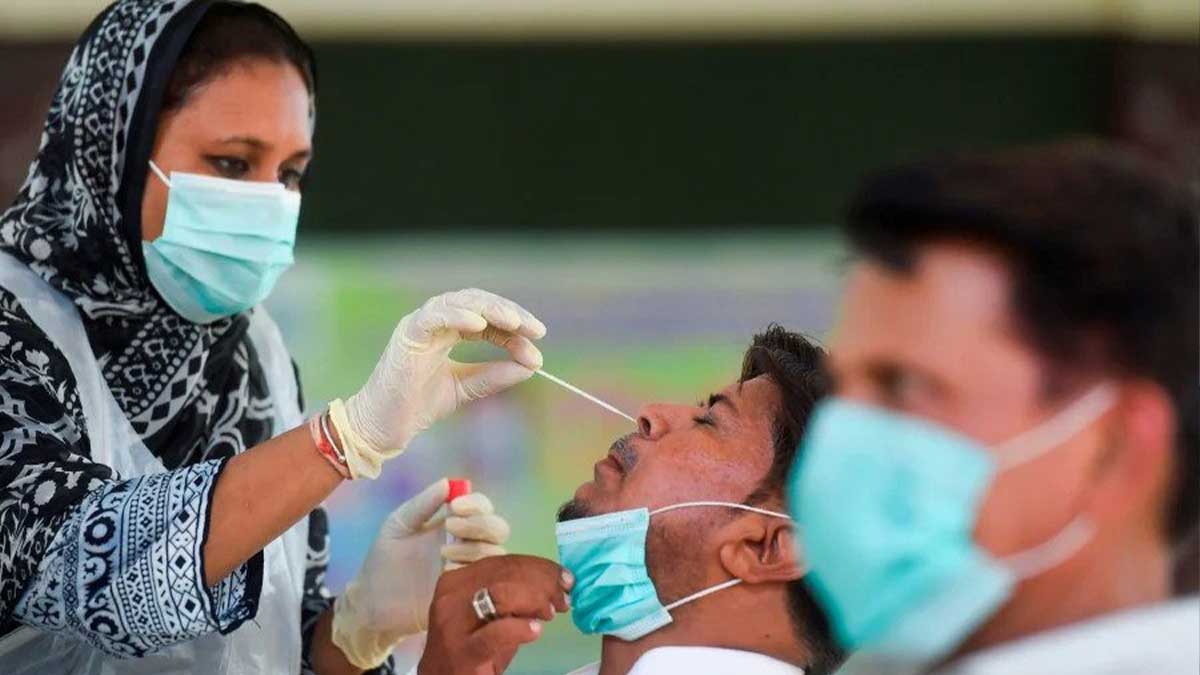 The Indian variant of the coronavirus has not been found yet in Pakistan, Minister of Planning Asad Umar, who also heads the National Command and Operation Centre (NCOC) said, rejecting recent reports that the Indian strain of Covid reached Thailand from the country.

However, Pakistan has been facing the circulation of multiple strains of coronavirus with visible dominance of the UK variant.

According to a study carried out by virologists, health and medical experts at the Punjab Public Health Reference Laboratory (PPHRL), a PCR panel screening S gene Target Failure (SGTF) was observed in 50 percent of the Punjab population, which reported most cases from Lahore, Gujrat, Okara and Jhelum. It also found the UK variant in 90 percent sequenced cases.

Moreover, according to a private pathology laboratory, with the confirmed prevalence of the UK variant during the third wave of the pandemic, two cases of South African variant were also found in Punjab. It stated that the lab’s departments of virology and molecular genetics carried a study for which 62 Covid-19 samples were collected at random by the end of March to be tested for their variant types.

The study concluded that 60 out of the 62 samples, means 97 percent contained the B.1.17 lineage that is UK variant and the remaining 2 had the B.1.351 lineage (South African variant) found through a genomic study.

It further concluded that the nonexistence of the early Wuhan variant of the virus showed that the virus had transformed itself completely from the original strain.

The research was conducted out by, and Dr Saadat Ali, head of molecular genetics, at Chughtai Lab and a team comprising many other specialists.

Lab Chief Executive Officer Prof Akhtar Sohail Chughtai and Operations Director Dr Omar Chughtai seemed worried over the fast swelling cases of Covid-19 and the spread of the UK variant during the third wave of the pandemic in the country.

“This strain of the virus is also known to affect children and detailed studies on the virus will enable us to better understand the consequences of the mutation.” the experts said.