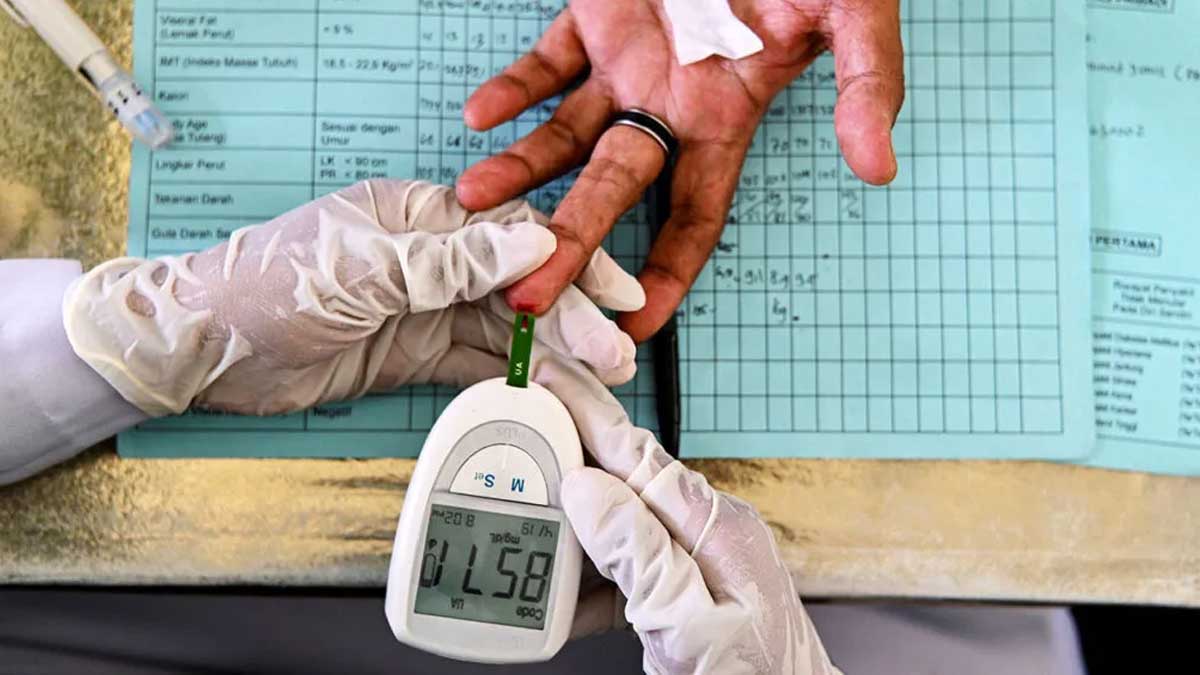 Vitamin D insufficiency and type 2 diabetes are becoming more common, especially in the northern hemisphere and some researchers believe there is a correlation between the two.

This theory’s postulated mechanism is that vitamin D is essential for optimal insulin production, therefore a deficiency of it could not only put people at risk of type 2 diabetes, but also make insulin resistance worse in people who already have it.

However, even in people who have been identified as pre-diabetic, researchers have found it challenging to substantiate that vitamin D treatment can reduce the incidence of type 2 diabetes.

After various high-profile trials failed to show a substantial benefit, a meta-analysis published in Diabetes Care in 2020 reported a slight reduction in risk of roughly 11% with vitamin D supplementation in adults with prediabetes.

The most recent study, which was conducted in Japan and published in the BMJ, found no significant effect.

They tracked the individuals for an average of 2.9 years, comparing fasting plasma glucose readings at the start and every three months, as well as measurements from glucose tolerance tests performed at the start and annually. The researchers also took annual assessments of the subjects’ bone density.

Over the course of the study, the group given eldecalcitol had a 13 percent lower chances of contracting type 2 diabetes, but the researchers determined that this was not significant.

However, they discovered that a particular group appeared to perform better.

He believes that the study’s underpowered nature is to blame for the inconsistent outcomes.

A Small, But Potentially Significant Effect

“The trial protocol, which was published in 2016, included a sample size calculation for the primary outcome of diabetes diagnosis, which was 750 individuals, based on a 36 percent reduced risk, however the risk was reported as 13 percent in the final data,” he said.

“It’s likely that the study’s power to identify the primary outcome was insufficient.” “From the study procedure, it’s unclear whether the secondary outcomes are appropriately powered,”. He stated while giving an interview.

Dr. Tatiana Christides of Queen Mary University of London, who authored a supporting editorial for the study in the BMJTrusted Source, noted that because so many people have prediabetes, even a minor variation in risk of developing type 2 diabetes could be significant on a population basis.

In an interview, she said, “Depending on whatever study you read, there is a chance of 5-10 percent advancement among persons with prediabetes.”

She went on to give an example to clarify her point:

“Let’s say there are 100 people with prediabetes, and 10 of them will get full-blown diabetes every year.” That implies you’d be preventing one out of every ten people from developing full-blown diabetes. “That’s significant on a public health level,” she said.

Dr. Christides, on the other hand, expressed reservations about urging people to take vitamin D to avoid type 2 diabetes. Without good evidence, people may be hesitant to adopt risk-reducing strategies like weight loss, for which there is far more evidence, she added.