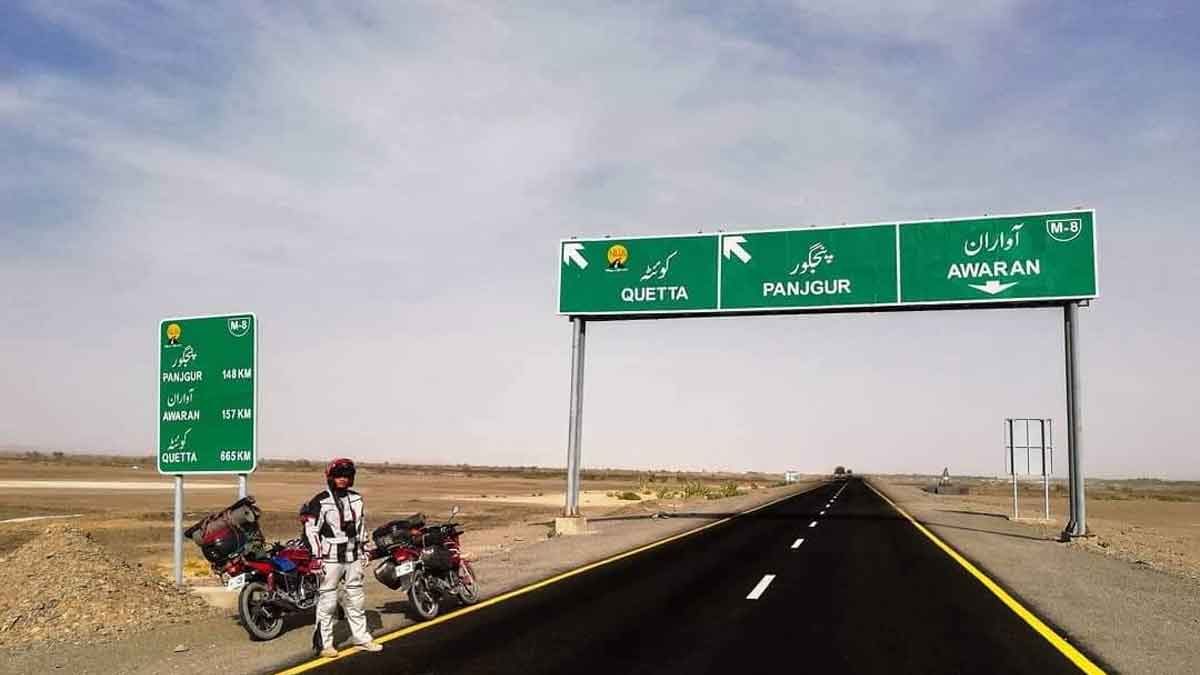 The National Highway Authority (NHA) gave the contract costing Rs8 billion for the construction of 168 kilometers long-missing link in the M-8 Motorway of the central alignment of the China-Pakistan Economic Corridor (CPEC) initiative.

According to the media’s report on Tuesday, 193 kilometers Gwadar-Hohab and 250 kilometers Ratodero-Khuzdar sections of M-8 Motorway are operational. In the same way, development work on 146 kilometers long Hoshab-Awaran section is also in progress at a cost of Rs 9.12 billion.

The contract for the construction of the last missing link between Awaran and Naal (near Khuzdar) has been given to a joint venture of Habib Construction Services and Matracon Pakistan for Rs 8.08 billion.

After the accomplishment of this section, Islamabad, Lahore, and Peshawar will be connected with the Gwadar Port through the shortest route, according to NHA.

Moreover, this route will also mark the completion of the first-ever access-controlled link between the Gwadar Port and northern areas of the country.

The M-8 Motorway begins from Ratodero in Sindh and terminates at the Gwadar Port, crossing from Khuzdar, Awaran, Hoshab, and Turbat areas of Balochistan.

The east-west motorway will provide a link to Sukkur, Sindh with Gwadar. Earlier, Pakistan has completed a network of access-controlled roads from Peshawar and Islamabad up to Sukkur.

It is worth mentioning that the recently completed first phase of 893km long M-8 Motorway has two lanes and a further two lanes are planned to control future traffic growth. The beautiful motorway passes over Dasht River and also gives access to Mirani Dam completed in 2006. It is the largest dam in the world in terms of flood stock having a capacity of 588,690 cubic hectometers.

According to a report in local Pakistani media, the residents of Baluchistan now use the M8 motorways on a daily basis. They say it has considerably shrunk the time required to travel from Gwadar to Turbat, and consequently, decreased the time for produce and supplies to be transported between cities.