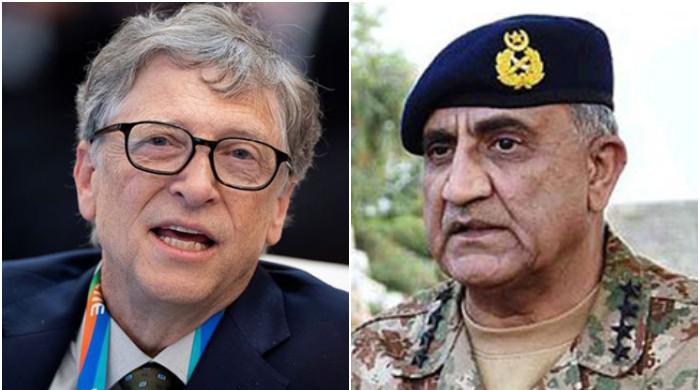 On Wednesday, polio eradication was discussed in a telephonic conversation between Bill Gates and General Qamar Javed Bajwa. According to the Inter-Services Public Relations (ISPR), they discussed the polio eradication drive in Pakistan and Bill Gates appreciated the Pakistan Army’s role in allowing the polio campaign through the provision of security, bridging of capacity gaps, and monitoring.

“The healthcare workers who played the most important part in polio drives also acted as the frontline defense against Covid-19. Despite the Covid-19 crisis, Pakistan Army is supporting the government’s efforts and has already made preparations to restart the anti-polio campaign in the coming weeks.” General Qamar said.

Moreover, the army chief called it a national duty in which the army played an important role in fulfilling initiatives that were undertaken by the provincial health departments and the government of Pakistan.

Meanwhile, the military spokesperson added that challenges relating to the current and future pandemic threats were also discussed and efforts to enhance the uplift of the population through education, technology, and outreaching healthcare management.

COAS Bajwa thanked Bill and Melinda Gates foundation’s efforts for the noble cause. Also, he said all initiatives were aimed for the betterment of the country and its people will be fully supported and respected.