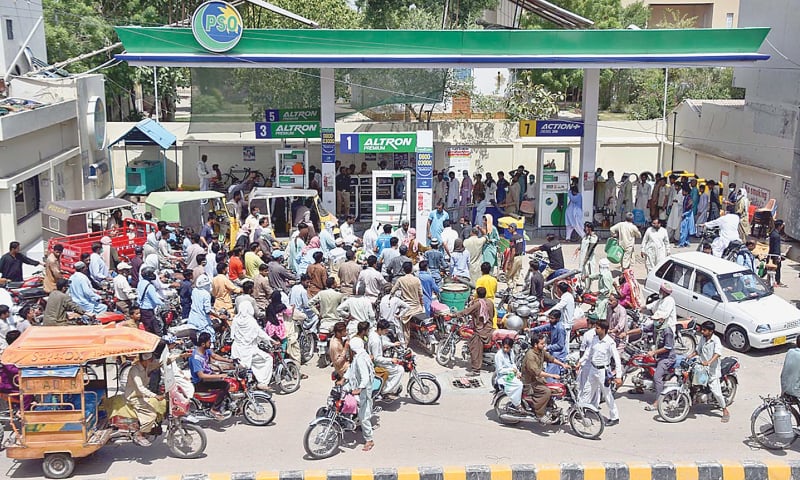 The federal cabinet has approved setting up a commission to investigate and take action against the recent shortage of petrol in the country.

The establishment of the commission has been okayed by the federal cabinet, headed by Prime Minister Imran Khan on Tuesday.

Information Minister Senator Shibli Faraz briefed the media after the cabinet meeting and said that the commission would also give its recommendations to ensure that such a situation does not arise in the future.

The commission for petroleum shortage would be headed by Additional Director General of the Federal Investigation Agency (FIA), Abu-Bakr Khuda Bux, and comprise the director general (DG) of the Anti-Corruption Establishment of Punjab, former DG Oil and Petroleum Division Rashid Farooq and the Chief Executive Officer of the Petroleum Institute, Pakistan, Asim Murtaza as members.

Other main decisions taken by the Cabinet

Cabinet expressed satisfaction over the decline of coronavirus cases and deaths. Approval was also given for the renewal of the charter license of PIA and aerial work and for the appointment of CEO of universal service Fund Company. The matter about rules and regulations regarding the appointments of chairman WAPDA and members was postponed.

The safety bill for the domestic workers in Islamabad was also approved. The decision of Islamabad high court about the navy sailing club was also discussed and was decided that things will be done according to the law. The cabinet as told that the supply of euro five petrol will start from next month.