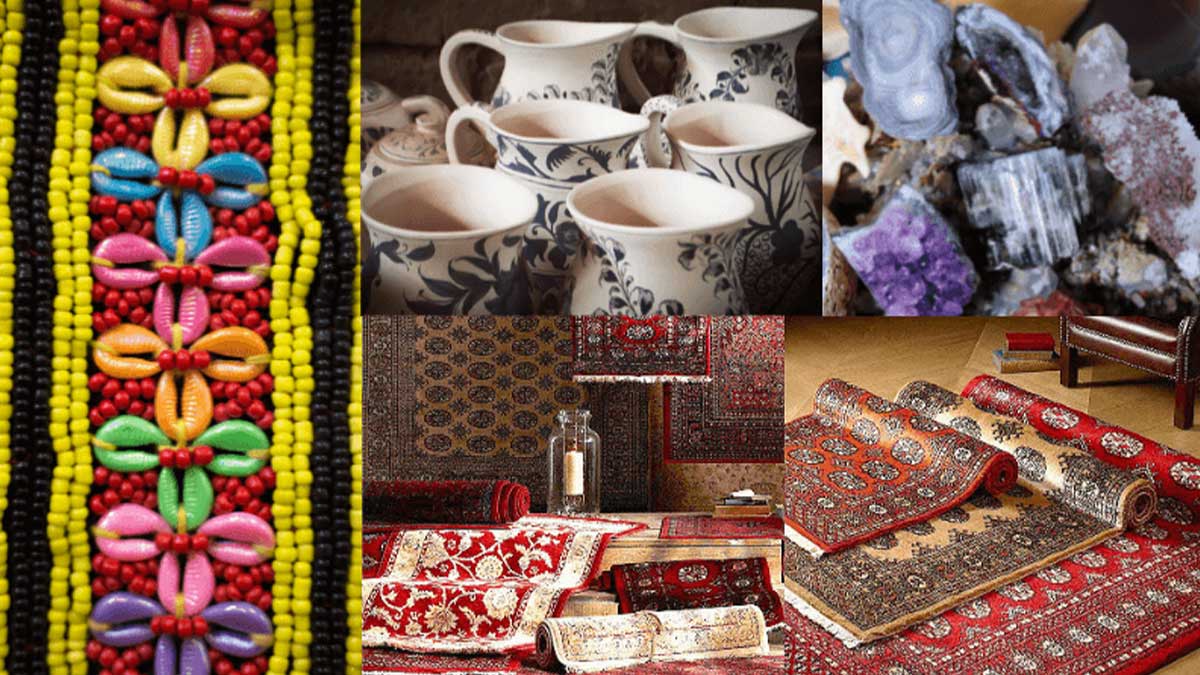 At an exhibition titled “Threads of Pakistan – Pakistan National Costume Culture Exhibition”, held in Shanghai was overwhelming for Chinese as they seemed highly fascinated with the made-in-Pakistan artifacts. The celebratory coins made of pure gold were also released by a co-organizer at the opening ceremony.

Scheduled from May 18 to June 17, the exhibition is organized by National Institute of Folk and Traditional Heritage – Lok Virsa, Consulate General of Pakistan in Shanghai, Shanghai Textile Museum, co-organised by Atlantis Co Ltd and Pak-Persian Carpets Shanghai Co Ltd.

The exhibition featured Pakistani textiles, costumes, carpets, jewelry, gemstones, and handicrafts. It witnessed the participation of many Chinese visitors who had heaped praise on the gorgeous made-in-Pakistan showpieces.

“We had three types of main gemstones, which represent the highest quality of Pakistani gemstones,” noted a Pakistani exhibitor.

According to CEN, Aqeel Ahmed Chaudhry, founder of WINZA Jewelry and CEO of Atlantis Co Ltd, while participating in an exhibition held in Shanghai, China lately to showcase the beauty of Made-in-Pakistan products and Pakistani culture, said that as a Pakistani jeweller, it’s amazing to promote these marvelous and beautiful Pakistani products to a foreign country like China,

“2021 marks the 70th anniversary of China-Pakistan diplomatic ties which started on May 21, 1951. So on this special occasion, we designed memorial gold coins written 70th anniversary of partnership in Chinese, English and Urdu,” said Aqeel, adding that the two countries always move ahead together rain or shine.