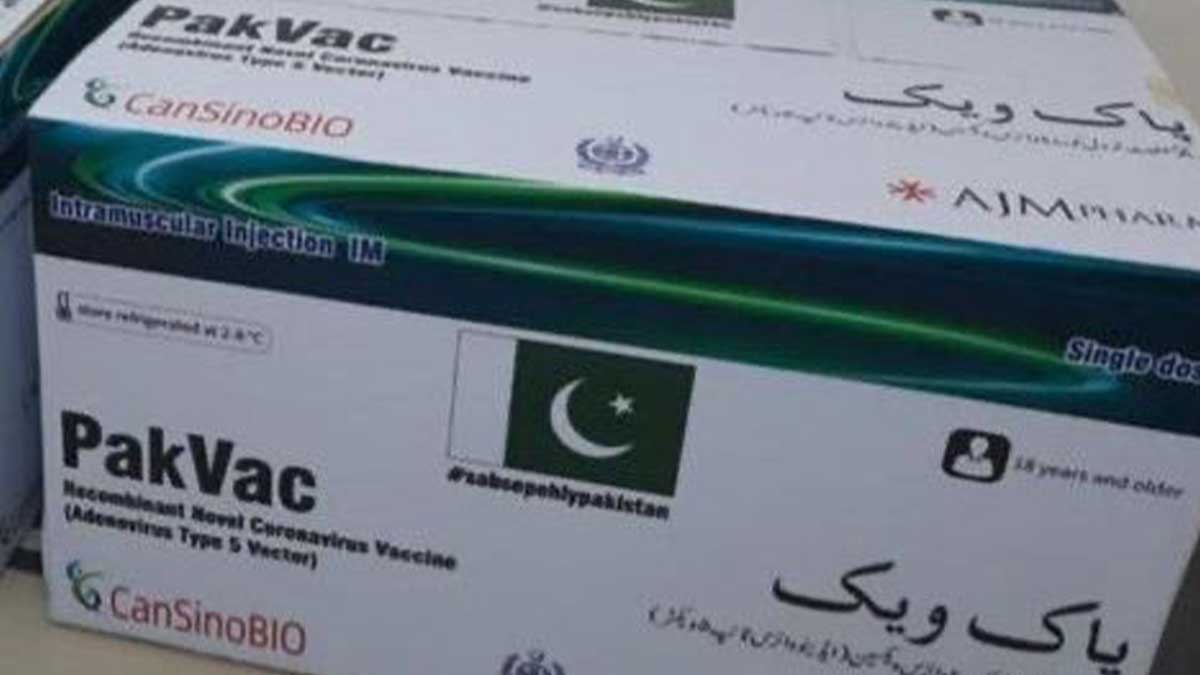 Pakistan is going to launch 120,000 doses of vaccine, however, authorities are considering returning back to use the name of CansinoBio after primarily printing PakVac on the first batch of the vaccine.

According to an official of the NIH, at least 120,000 doses of Covid-19 vaccine had been packed and expectedly a launching ceremony would be held by the end of the ongoing month.

“Though the name PakVac was used for the first batch, there has been a change of mind and the vaccine would be called CansinoBio as the Chinese are sensitive about the names of their products,” he said.

Cansino was the first China-made vaccine to have undergone clinical trial in Pakistan and around 18,000 people had been inoculated with the vaccine. The vaccine was brought to the country in the very Initial stage but later it was decided that concentrate of the vaccine would be shifted here and packed in the NIH.

The machinery was arranged, staff was trained and as a final stage, the first batch was packed which passed the stability test. As per the official comments, PakVac was used on the initial batch of 500 doses however now it was being thought to use the name CansinoBio on the remaining vaccine batches.

“The test trial of the first batch has been completed, which included stability test, safety test, sterility test and spike protein test. Overall 120,000 doses have been prepared and a tentative date for the launching ceremony is May 30,” the NIH official said.

Moreover, Special Assistant to the Prime Minister on Health Dr Faisal Sultan also confirmed that the vaccine was ready for use.

“Congratulations to the NIH Pak team and its leadership for successful fill/finish (from concentrate) of the Cansino vaccine with the help of Cansino Bio Inc. China. The product has passed the rigorous internal QA testing. An important step to help in our vaccine supply line,” Dr Sultan tweeted.