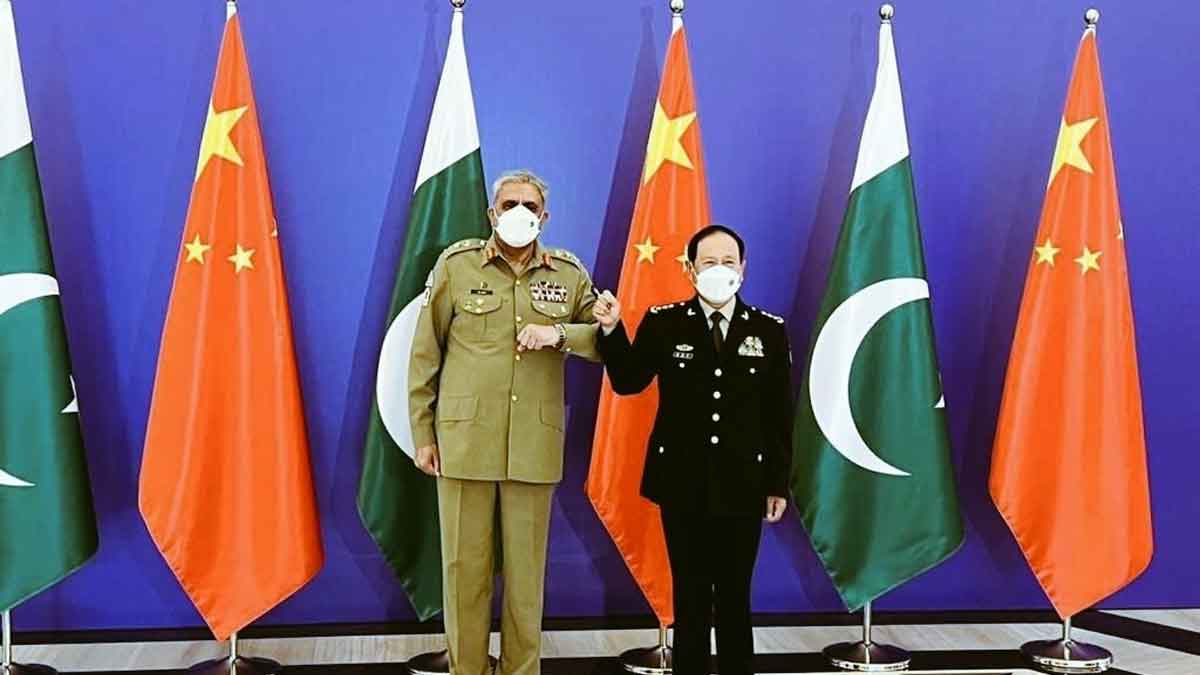 The COAS is on a two-day official visit to China, and the Chinese defence minister made the comments during their meeting in Xi’an, according to the ISPR.

China “tremendously cherishes its time-tested connections with Pakistan and its army, and looks forward to further developing this collaboration,” General Wei Fenghe said during the visit.

According to the military media wing, he underlined that military cooperation between Pakistan and China is “an important cornerstone of bilateral relations.”

The defence minister of China added that he was pleased with how the CPEC projects were coming along and hoped they would be finished on schedule. ” The expansion of CPEC aims to increase benefits and prosperity for the people of both countries.” he stated.

He also praised the army’s exceptional attempts to promote regional stability as well as its extraordinary measures to protect the safety and security of the country’s projects and Chinese personnel working in Pakistan.

General Fenghe also expressed his sorrow over the destruction brought on by Pakistan’s floods and sent his deepest condolences to the families of the deceased.

He expressed gratitude for the army’s continuous rescue and relief efforts in flood-affected areas and reaffirmed Beijing’s willingness to offer technical help for the country’s flood relief efforts.

The COAS expressed appreciation to the Chinese defence minister for his words and for Beijing’s ongoing assistance to Pakistan.