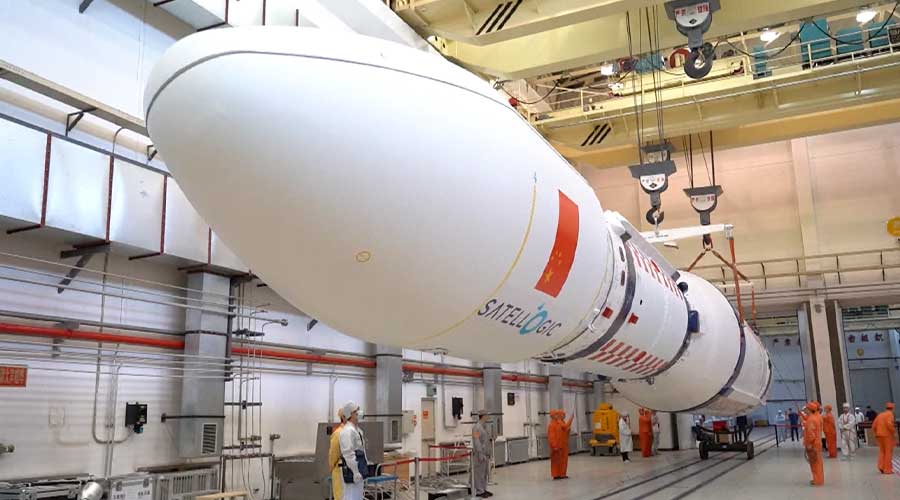 China has sent the world’s first 6G experimental satellite into space with 12 other satellites aboard the Long March 6 rocket that went into orbit from the Taiyuan Satellite Launch Center in the Shanxi Province last week.

5G is rarely available to individuals around the world, but China have some other plans. It looks like China is already tinkering about 6G, the next generation of networking technology. As per the reports, the technology is expected to be over 100 times faster than 5G.

#China successfully sent the world's first #6G communications test #satellite into orbit from the #Taiyuan Satellite Launch Center. The technology is expected to be over 100 times faster than #5G. https://t.co/wdtVRxAa82

The Long March 6 rocket was launched by China on November 6 and the experimental 6G satellite onboard made an entry on the same day.

The launch was organized by China’s University of Electronic Science and Technology and it took place at the Taiyuan Satellite Launch Center in Northern Shanxi province.

As per details, the satellite is furnished with terahertz satellite communication payload which was established by China’s University of Electronic Science and Technology along with other top laboratories.

According to the university statement that the satellite will conduct the world’s first experiment with terahertz communication in space.

The academic director for the University of Electronic Science and Technology Research Institute, Professor Xu Yangsheng stated that this was a major breakthrough in the country’s history of discovering terahertz communication technology in the atmosphere.

At the moment, China is the market leader in terms of 5G technology and now the country is moving forward towards 6G, and it is widely believed that China will be the first one who will officially introduce the next-generation network technology in the future.