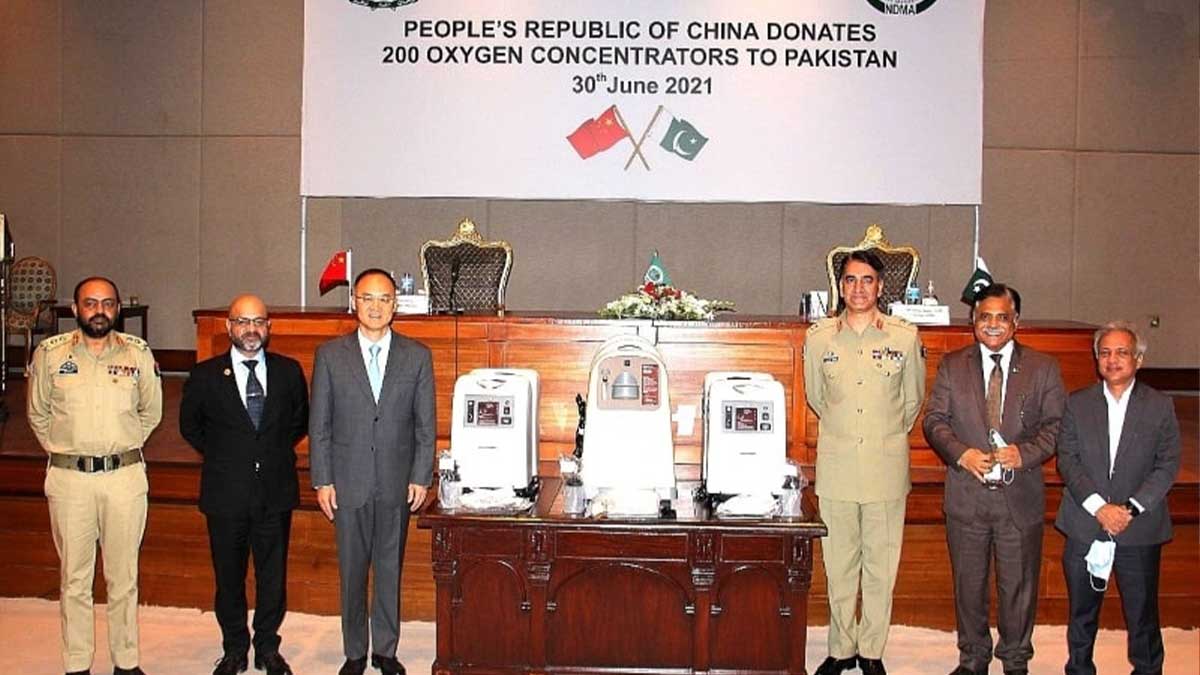 As China-Pakistan relations are growing stronger, China has handed over 200 mobile oxygen concentrators to Pakistan following the fear of National Command and Operation Center (NCOC) that Covid-19 cases may rise during Eidul Azha holidays.

On Wednesday, China provided over 200 mobile oxygen concentrators. The concentrators were handed over to chairman of the National Disaster Management Authority (NDMA) Lt Gen Akhtar Nawaz by China’s Ambassador to Pakistan Nong Rong at a ceremony.

The officials of the Chinese embassy, ministries of National Health Services and Foreign Affairs and NDMA attended the ceremony.

The concentrators concentrates oxygen from air by selectively removing nitrogen to supply an oxygen-enriched gas stream.

As many as 2,132 patients were admitted to hospitals and 249 of them were provided ventilators because of their condition. Whereas, there was no patient on ventilator in Balochistan and Gilgit-Baltistan.

Moreover, the Drug Regulatory Authority of Pakistan (Drap) has registered a second ventilator which has been made in Pakistan.

Under the Drap Act, 2012, the authority allowed M/s National Engineering and Scientific Commission of Pakistan to manufacture ventilators named PakVent-1 which have service life of around 10 years. The registration will be valid for 5 years unless earlier suspended or cancelled by the government.