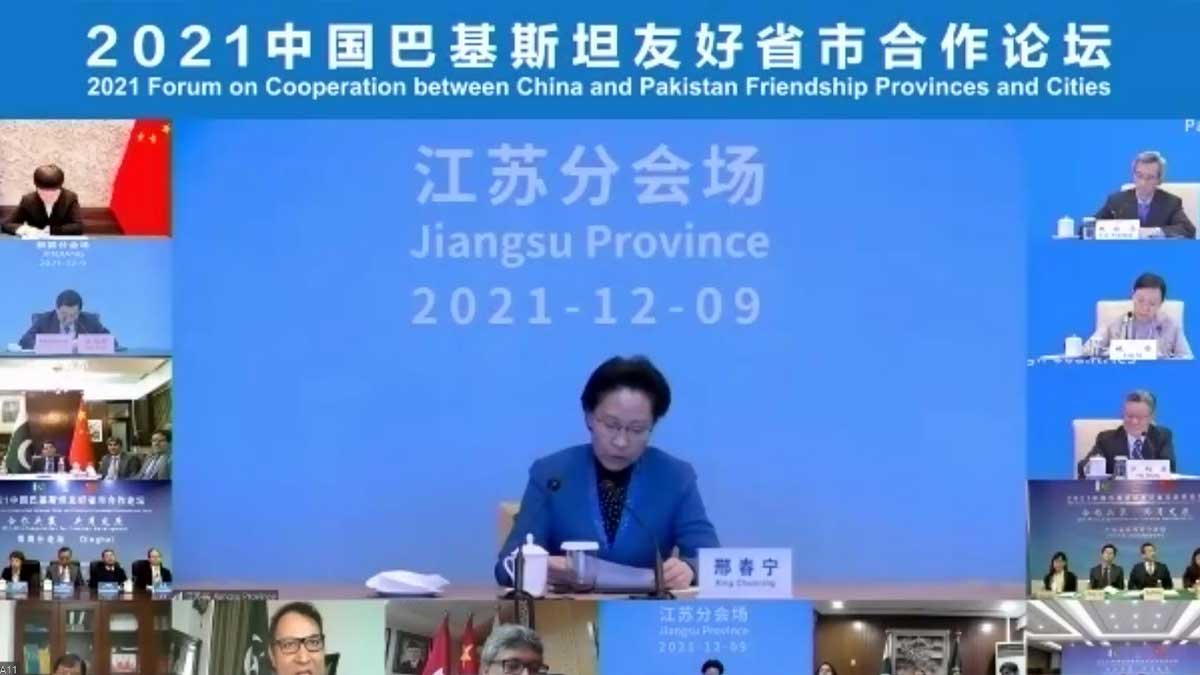 A meeting on collaboration between China and Pakistan Friendship Provinces and Cities was held online which served as a highlight of commemorations of the 70th anniversary of diplomatic ties between the two countries.

Moreover, the forum is co-hosted by the Embassy of Pakistan in China and the Chinese People’s Association for Friendship with Foreign Countries (CPAFFC). Lin Yi, Vice President of CPAFFC, presided over the meeting and spoke the opening greeting.

Four officials of local government both from Pakistan and China intensely debated on the theme of the forum. The Chief Ministers of Balochistan, Khyber, Sindh, and Punjab joined the conversation.

From the Chinese side leaders from Henan, Xinjiang, Hubei, and Jiangsu provinces were involved. Both the countries showed a willingness to cooperate.

At the end of the discussion, the two edges decided to reinforce regional cooperation and mutual progress in the future.

Furthermore, Zhang Chunxian, vice chairman of the Standing Committee of China National People’s Congress, said: “Friendship provinces and cities are a focal point in the cooperation between China and Pakistan. They serve as the main venue to deepen all-around cooperation between our two countries. China firmly supports Pakistan in finding a development path suited to its national conditions and is ready to work with Pakistan for common development.”

Besides, Lin Songtian, President of CPAFFC, said, “China is ready to share experience and outcomes of development with our Pakistani brothers unconditionally, synergize our development strategies, policies and measures, and jointly make China-Pakistan sister city cooperation an important way to deliver tangible results in bilateral relations so as to bring more benefits to our two people.”