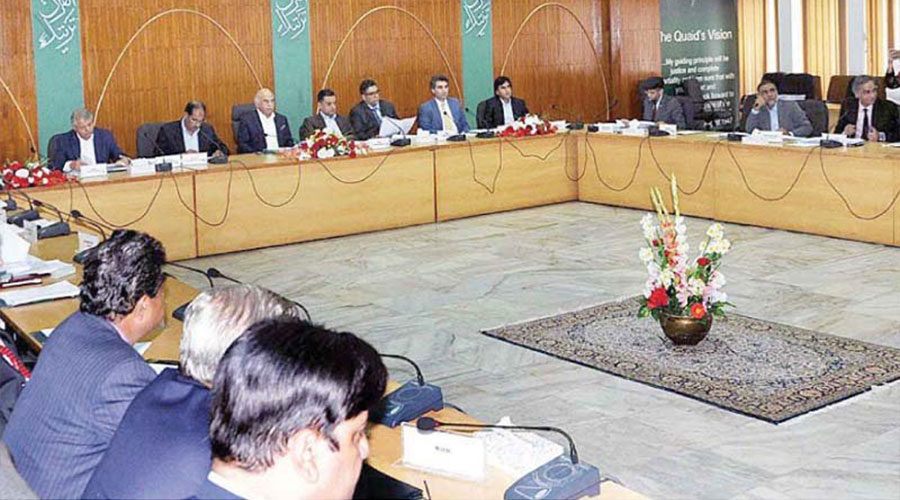 7 projects worth 41.34 billion rupees have been approved on Tuesday by the Central Development Working Party (CDWP).

CDWP cleared seven projects on Tuesday with the total estimation cost of rupees 41.34 billion. This amount was cleared in a meeting where Deputy Chairman Planning Commission Muhammad Jahanzeb Khan presided.

6 projects were approved with the combined cost of rupees 16.111 billion while another project worth rupees 25.228 billion is set to by the Executive Committee of the National Economic Council.

There were some officials of the planning commission and several federal ministries. Some other representatives of the provincial government participated through a video call.  Mainly the four projects related to health, industries, commerce, and higher education were presented in the meeting.

The health projects were “Strengthening Civil Registration & Vital Statistics System” which were approved worth rupees 201.917 million. This project contains a restored model of registration of all vital events like marriage, births, or death data in Islamabad capital territory.

The other project was the “Baluchistan Human Capital Investment Project” that was approved worth rupees 5,616.985 million.

The other two projects related to higher education were also presented in the meeting. One, “Ph.D. Scholarship under US-Pakistan Knowledge Corridor” was approved worth rupees 25,226.274 million and was referred to ECNEC. Second, the “Jalozai Campus of UET Peshawar” approved worth rupees 6,535.32 million.

Another approved project was titled “Establishment of Hub Special Economic Zone” that was worth rupees 2,287.844 million.