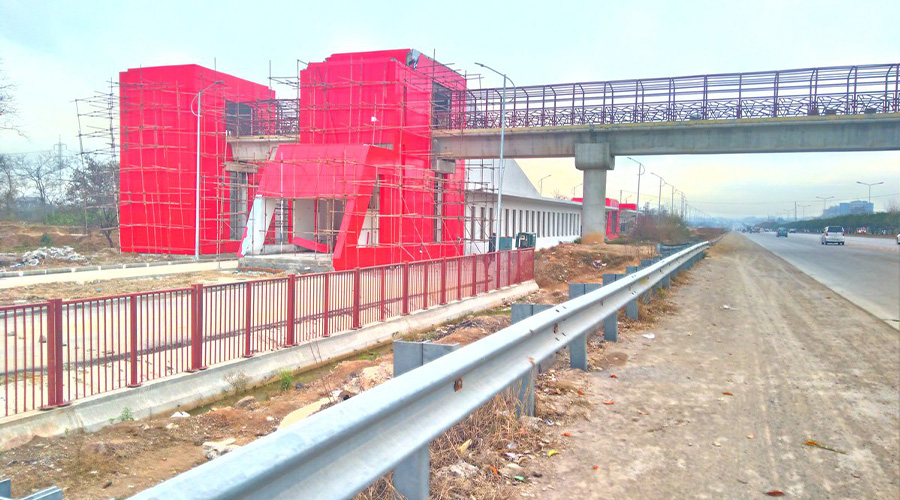 Capital Development Authority (CDA) has asked the National Highway Authority (NHA) to complete the remaining work of the Metro bus project before handing it over to the civic agency.

CDA wants the work on the metro track from Peshawar Mor to Islamabad International Airport (IIA) which is carried out by NHA to be completed before taking on its responsibilities.

The CDA in a letter dated Jan 8 informed the NHA: “A site visit was carried out by the undersigned on 7th of Jan to check if the project is complete so as to communicate the authority to organise Inspection Committee for taking over the project from NHA.”

The letter added: “It can be seen that a lot of work is still required to be undertaken by the contractors before NHA can take over the project and then hand over the same to CDA for further utilization.”

The letter also said before handing over the project to CDA it [NHA] will have to ensure providing details of following: “Taking over certificate (with the construction contractor), tender drawings (original), as built drawings, report of NHA inspection committee, final bill of quantities, change made in the design with reasons, shortcoming in the project vis-à-vis metro bus operations, list of inventories – assets procured against the project etc.”

According to sources, National Highway Authority has written CDA to take over the project, it was also added that Prime Minister Imran Khan is expected to conduct a soft launching of the project on Jan 15. However, CDA officials said that the civic agency did not show any interest in taking over what they said an incomplete project.

Meanwhile, the expected soft launching ceremony was also not held on Friday at PM Office that was being expected to happen.