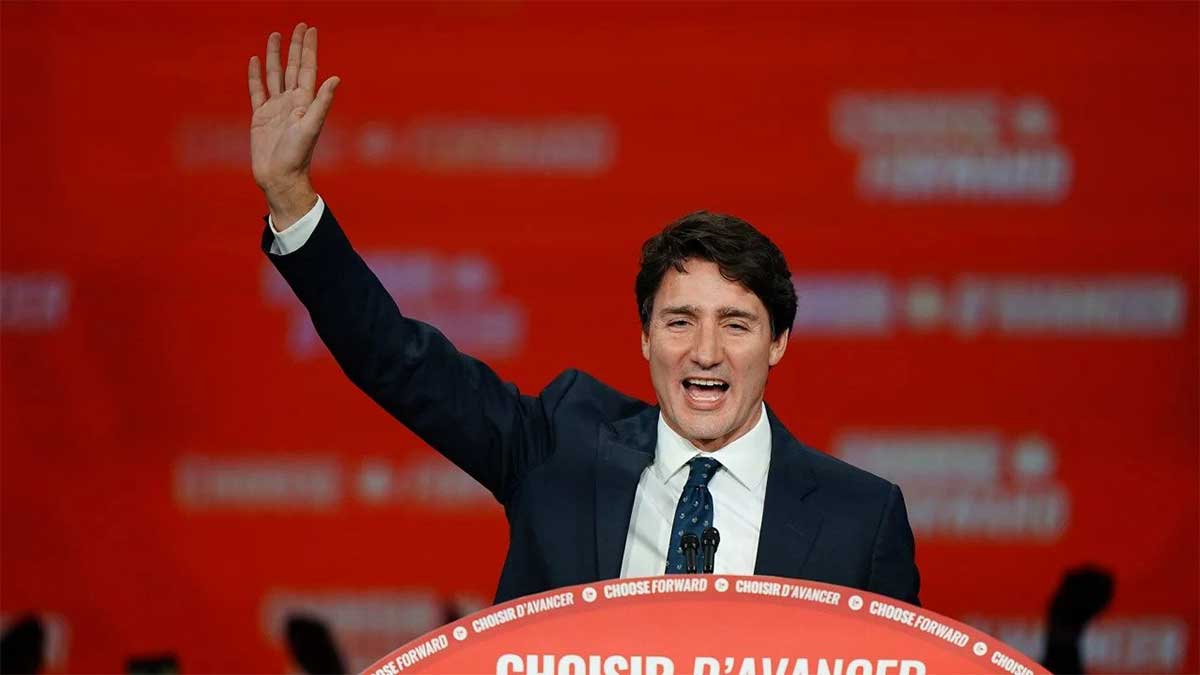 On Monday, Canadian Prime Minister Justin Trudeau held to power as his main rival accepted defeat, claiming that he had gained a clear mandate to govern despite falling short of his majority target.

Justin Trudeau, who has been in power since 2015 and has governed with a minority of House of Commons seats since 2019, decided to risk an early vote in order to capitalize on his government’s handling of the pandemic, which included massive spending to help individuals and businesses, as well as a push for high vaccination rates.

However, he’ll be back where he started after an unexpectedly competitive election race marked by a poor campaign and voter outrage at a pandemic election.

As results poured in late into the night, Conservative Leader Erin O’Toole, whose party came in second, admitted defeat. Shortly after, Justin Trudeau addressed supporters, promising to work with other parties for the betterment of all Canadians.

To a small gathering assembled in a hotel ballroom, Trudeau said, “You are sending us back to work with a clear mandate to get Canada through this pandemic and to the better days ahead.” “What we’ve seen tonight is that millions of Canadians have opted for a progressive approach.”

According to the CBC, Trudeau’s Liberal government will have a minority of MPs in the House of Commons, implying that he will require the cooperation of another party to govern.

The Liberals led in 156 electoral districts throughout the country, one more than they did before the election, including 110 in vote-rich Ontario and Quebec, according to Elections Canada.

A party has to win 170 seats in the House of Commons to gain a majority. In 122 districts, the Conservatives were in the lead.

The Conservatives appeared to be on course to win the popular vote, with 34% of the vote to the Liberals’ 32%, but Liberal support is concentrated in urban and suburban areas, where there are more seats.

Due to COVID-19 limits, several polling booths were obliged to limit crowd and report results much more slowly than usual. Long queues led some voters in southern Ontario, a key battleground, to wait hours to vote.

In Asian trade on Tuesday, the Canadian currency rose versus the US dollar, in part because an anticipated election victory for Justin Trudeau’s Liberal party reassured investors that economic assistance would be maintained.