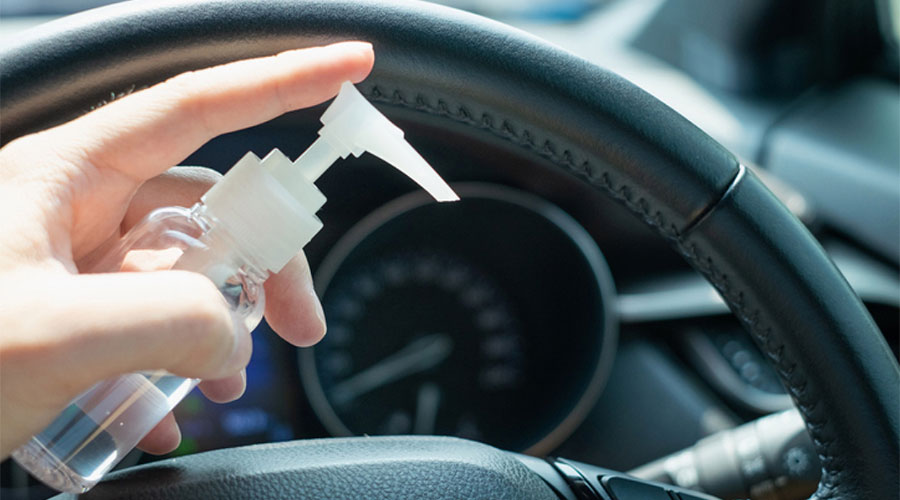 During the pandemic coronavirus period, there are so many questions asked by people, and here is the latest one which is become quite relevant because of the summers. The question is “Is there a chance that a hand sanitizer can catch fire while it remains in your hot car?”. The answer to this question in a very short way is “YES” but it is a very rare chance to happen.

There was a picture on the internet that is being circulated with a caption that you are placing your car in danger while having an alcohol-based hand sanitizer in the car. The Western Lakes Fire District also shared the post on social media giant Facebook claiming that as the hand sanitizers are alcohol-based, if sunlight diverted from the hand sanitizer bottle in the right way then it may result in a fire.

According to a Brazilian fact-checker Poynter, it must be 570 degree temperature in the car for hand sanitizers to catch fire. This temperature is too much while comparing it with the temperature recorded in the parked cars in summers.

The director of the National Fire Protection Association Guy Colonna says in a statement that the most common alcohols used in sanitizers are either ethanol or isopropanol. He adds that once the combination of vapors and oxygen mix, all that is needed to cause a problem is a viable ignition source. That source of ignition could be the match stick, a lighter, or a cigarette. Under extreme heat and pressure, the liquid inside the bottle could be dangerous. Storing hand sanitizer in large quantities increases the risk.

Though, specialists say that people don’t need to be concerned about whether a hand sanitizer can catch fire and burn your car because there is a low chance that happens. Despite the fact that specialists claimed that there is no worry but still we need to be very cautious.