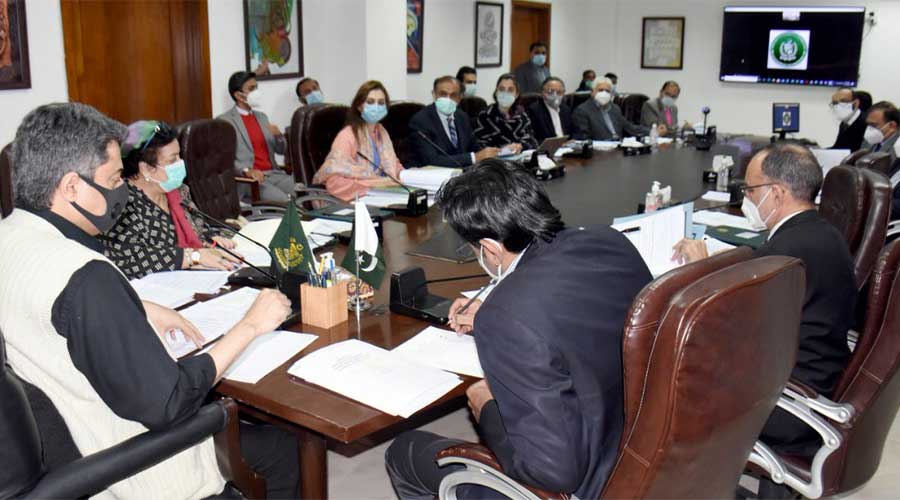 The federal government on Thursday got anti-rape ordinance passed from the Cabinet Committee on Disposal of Legislative Cases (CCLC) to curb rape cases in Pakistan.

Ministry of Law and Justice officially revealed the salient features of the two ordinances, which expand the definition of rape and introduce the concept of chemical castration mainly as a ‘form of rehabilitation’.

The Government is all set to promulgate historic Anti-Rape legislation. Today the Cabinet Committee on Legislative cases chaired by the Law Minister, Barrister Farogh Naseem approved the two Ordinances, whilst earlier the cabinet had granted an in principle approval for the same. pic.twitter.com/nVmDoDsqJ4

On Wednesday, the law ministry finalized the draft of an ordinance expected to be promulgated soon to curb rape cases in the country. While chairing a meeting to put the finishing touches to the law, Federal Law Minister Farogh Naseem said, “The law carries severe punishments for sex offenders including chemical castration and death penalty.”

The Cabinet Committee with the approval of two anti-rape ordinances aims at setting up special courts for sexual offenses against women and children and introducing harsher punishments for convicts.

The federal cabinet has approved the Anti-Rape (Investigation and Trial) Ordinance, 2020 and the Pakistan Penal Code (Amendment) Ordinance, 2020 in the backdrop of sexual assault cases. The approval was given especially in view of the rape and murder of a seven-year-old girl Zainab in Kasur two years ago and more recently the gang-rape of a woman in front of her children on the Lahore motorway.

Expressing sorrow and grief over Kashmore incident, Prime Minister Imran Khan during a weekly cabinet meeting said, “Such crimes are not tolerated in any civilized society.”

Moreover, the government has also decided to maintain a database of sex offenders. It will be part of the National Database and Registration Authority’s (NADRA) records. The new law will also provide protection to members of the transgender community. It punishments in the ordinance are different than those in the existing laws for rape cases.

Another law passed, besides chemical castration and capital punishment, there will also be jail terms ranging between 10 years and 25 years.

Acceding to the data collected, 39,989 child abuse cases were reported in the country between 2009 to 2019. Human Rights Commission of Pakistan (HRCP) collected data that a case of rape was reported every two hours in the country at the time.