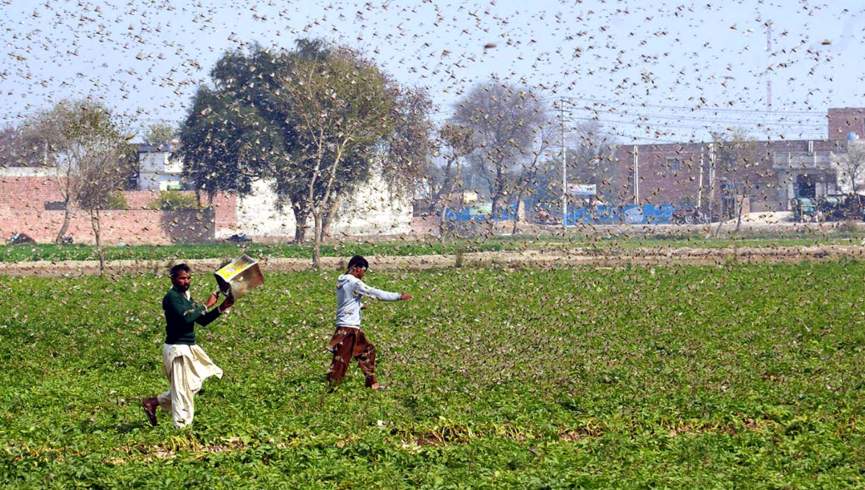 Prime Minister Imran Khan chaired a meeting of the federal cabinet to endorse an out of the box proposal to deal with locust threat in Pakistan.

On Tuesday, PM Imran Khan talked about dealing with the locust threat. He said that people would be given financial incentives for catching locusts and then selling these insects to poultry framers at the rate of 15 rupees per kilogram, who could then use them as poultry feed.

Also, the cabinet decided to constitute an inter-ministerial committee that presents recommendations to the government concerning the role of regulators in the view of the sugar inquiry commission report that exposed the mischievous deeds of many bigwigs. It included Shehbaz Sharif, President of the Pakistan Muslim League N, his son, Pakistan Tehreek-e-Insaf stalwart Jahangir Tareen, and Moonis Elahi of PML (Q) leader.

It was officially informed that the meeting took some essential decisions concerning the prevention of the smuggling and the shortage of wheat. Also, the way ahead to address the challenge of increasing coronavirus across the country.

Shibli Faraz the Federal Information Minister later spoke to the media and confirmed the PM’s endorsement of the proposal for dealing with locust swarms. It will give people the opportunity of selling these insects to poultry farmers for rupees 15 per kg and other financial incentives. The poultry farms will then process them and turn them into chicken feed.

“In fact, the Prime Minister wanted to turn the crisis into an opportunity, therefore, he approved the plan of catching and selling locusts”, he added.

According to Inter-Services Public Relations (ISPR) statement on Thursday, Chief of Army Staff  General Qamar Javed Bajwa visited the National Locust Control Centre in Rawalpindi and said that Pakistan Army will provide any assistance required in the battle against locusts.

According to experts, the scale of the locust attack has the potential to impact food security. If the threat is not timely dealt with, it may incur a loss of $8.71 billion to the economy during the summer if 75 % of the standing crops are destroyed.