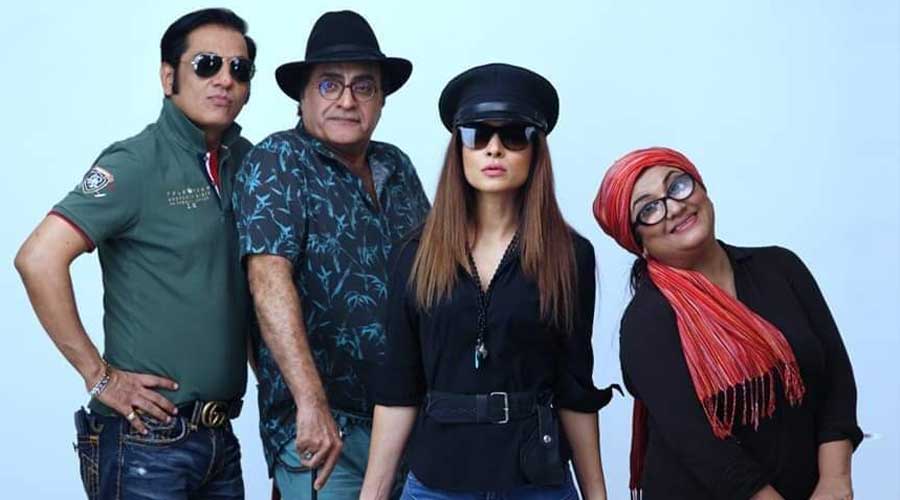 Nabeel Zafar, the lead actor on ARY Digital’s hit sitcom Bulbulay apologized for ‘offensive’ comments against Pashtuns on the show after there were calls to boycott the drama for making insensitive jokes on Pashtuns.

Bulbulay drama is undoubtedly praised at the national and international levels. This show was first aired in 2009 on ARY channel and till now in 2020, people wait to watch its new episode.

The whole show revolves around 4 persons and these 4 are the major characters. Nabeel, Ayesha Umer, Hina Dilpazeer, and Mahmood Aslam are real-life characters.

However, the ARY channel has come under fire now. Pashtuns are questioning this drama for showing stereotypical material where Pashtuns are put in a negative light. This is why, many Pashtuns took to the social media platform Twitter to express their anger and thoughts, along with Pashtuns, many Pakistanis criticized this idea and for biasedness against Pashtun people.

By mentioning the clip of Bulbulay that is against Pashtuns and for which Nabeel apologized later on, team Khyber Pakhtunkhwa tweeted, “We Pakhtoons are not terrorists nor drug dealers. We are Patriotic Pakistanis and we respect all ethnicities. @arydigitalasia you MUST apologize immediately for portraying Pakhtoons as terrorists. We have made more sacrifices than anyone else.”

In a clip, Bulbulay drama characters make jokes about the Pashtun person that Pashtun person can be expected to bring the Naswar or bomb only. This clip was enough to wake Pashtuns rage and so many people took to social media and showed their rage and anger towards it. Afterward, #BanBulbulay was trending on Twitter and people said that it is a highly harmful representation.

Another person tweeted, “The way this shameless channel is spreading lies and deception, it should have been banned till now but unfortunately there is no real rule of law here and democracy is weak due to which such uncivilized channels play into the hands of the powerful establishment.”

Now the whole internet has been taken to a storm and the ARY channel has not yet responded to this controversy, but after seeing the never-ending controversy and sharing of stereotypical stuff on the internet, Nabeel, the lead actor and the producer of the show, took on a micro-blogging website and apologized, said that he is extremely sorry and that he apologizes for hurting the sentiments of people. He said that their intention is always to make people happy but never to hurt anyone.

In two minutes video, he said, “I came across some comments on Twitter today that we might have hurt the sentiments of our viewers over a stint in the show. We would never target a particular ethnicity. That was never our intention. Our targetted audience ranges from a four-year-old to an eight-year-old. We receive massive viewership from the K-P region.”