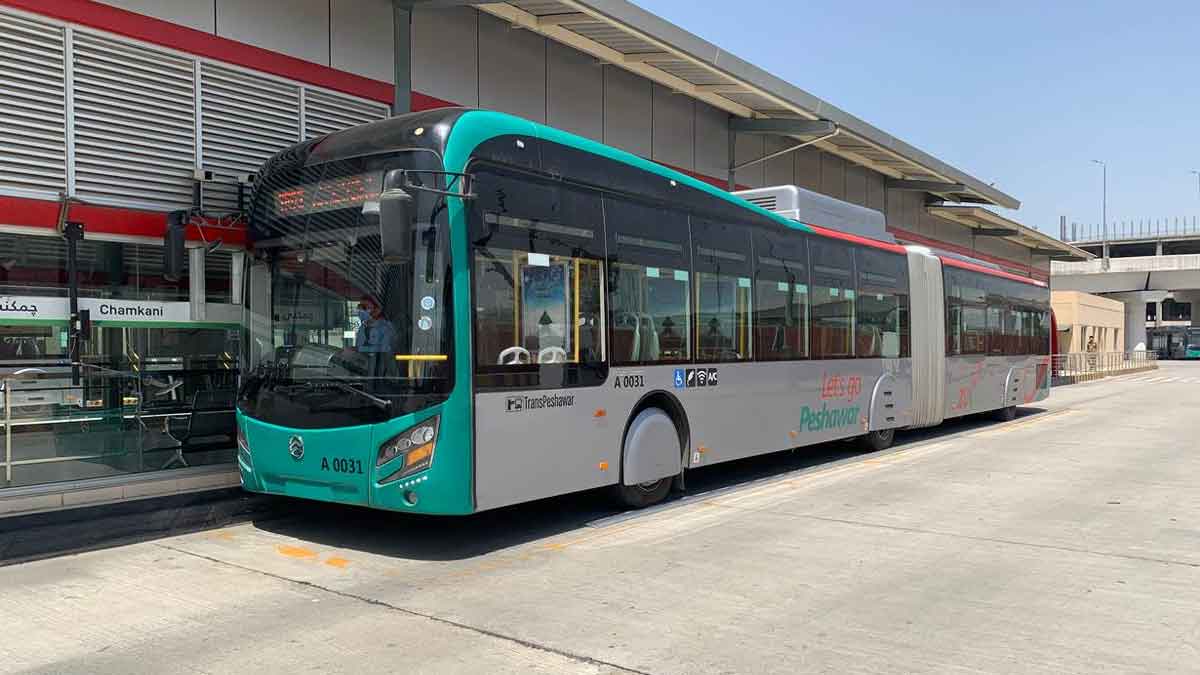 62 new buses will be added soon to the Bus Rapid Transit (BRT) service in Peshawar, according to a TransPeshawar spokeswoman.

While talking to the media men, TransPeshawar spokeswoman Sadaf Kamil revealed that 86 new buses for Zu Peshawar have reached Port Qasim in Karachi.

She added that earlier this year, an order for the manufacturing of 86 news buses was placed in China, out of which 62 had arrived in Pakistan and the remaining would arrive shortly. The new 12-meter buses, she said, will take the total number of Zu buses to 220 and after the arrival of 24 more buses, Zu Peshawar will operate with a total of 244 buses.

“Considering the increasing popularity of the service with the people of Peshawar, the buses are being added to the BRT fleet,” Sadaf revealed, adding that the system was already catering to more than 250,000 commuters per day and the number was growing continuously.

“With the induction of the new buses into the system, the BRT Peshawar aims to provide an even better service to the people of Peshawar”, she remarked. She noted the new buses were present at Port Qasim in Karachi and would be dispatched to Peshawar after inspection, customs clearance, and fulfilling other required procedures.

In addition, orders have been placed for procuring 86 new environment-friendly buses for these feeder routes.

Chief Minister KP stated that the provincial government was carrying out all possible efforts to facilitate the citizens. With the passage of time, BRT service would be extended to the rest of the areas of Peshawar so as to connect them with the city, CM remarked.