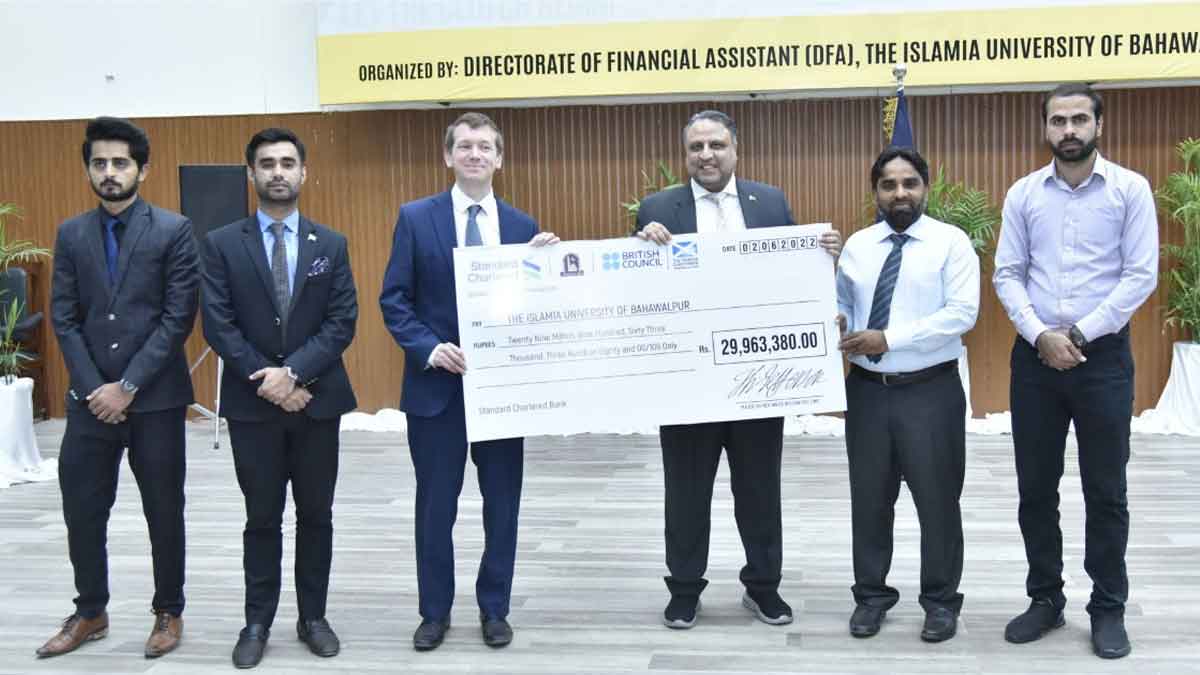 British Council has distributed at least Rs 30 million scholarships among the students of Islamia University of Bahawalpur (IUB).

He also said that in the current year, a total of 21,000 applications were received from all over Pakistan. The performance of female students of the Islamia University of Bahawalpur is commendable.

Moreover, in the role of education in the social and economic development of Pakistan, British Council takes special interest. In this regard, disadvantaged sections of the society, women and minorities are provided stipends on priority basis.

Currently, around scholarships worth Rs. 80 crores are being provided to 17,000 students of the Islamia University of Bahawalpur by the Government of Pakistan, Government of Punjab, British Council and other agencies.

Director Financial Assistance Professor Ghulam Hassan Abbasi said, “Last year also, the British Council had provided scholarships and laptops to 71 female students. We are grateful to the British Council for the extraordinary support and assistance of the Islamia University of Bahawalpur.”

The Government of Scotland provided financial support for these stipends. In all, 15,000 female students in Pakistan have benefited from scholarships this year, of which 13,000 belong to schools and 2,000 to universities.