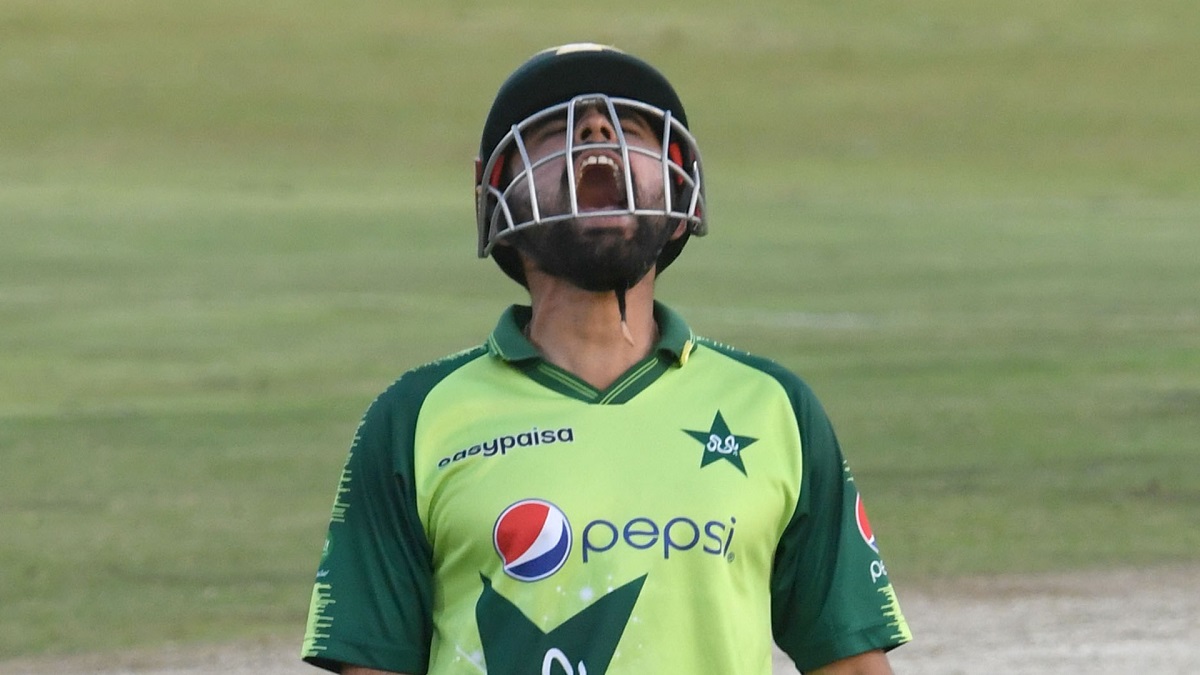 Babar Azam dominated with a spectacular 122 as Pakistan thrashed South Africa by nine wickets in the third Twenty20 International.

Captain Babar and Mohammad Rizwan (73 not out) put on a fantastic opening stand of 197 off 17.4 overs, making light work of the Proteas’ daunting number, thanks to 108 put on by Janneman Malan and Aiden Markram at the top of the order, who scored 55 and 63 respectively.

Mohammad Nawaz (2-38) dismissed both openers, dealing Pakistan a critical blow before Babar and Rizwan took centre stage to hand Pakistan a 2-1 lead in the series.

Babar had overtaken Virat Kohli at the top of the ODI batting rankings earlier on Wednesday, and he celebrated with his first ODI century.

Although his 47-ball knock progressed at a rapid pace, he reached the milestone off 49 deliveries, with Rizwan playing a relative anchor role.

Babar was caught behind while attempting to ramp a bouncer outside off stump from Lizaad Williams (1-34), but Fakhar Zaman underlined Pakistan’s supremacy by hitting the next two deliveries for four runs to secure victory with two overs to spare.

Read More: Zainab Abbas says she is ‘honoured’ to debut with Sky Sports

Markram now has three consecutive T20I half-centuries, while Malan is the first player in the format to cross 50.

South Africa failed to reclaim control after he spooned Nawaz to short third man with the score at 143-3 after 14.1 overs, despite brisk knocks from George Linde (22) and Rassie van der Dussen (34 not out) appearing to have given them plenty to defend. Babar and Rizwan, on the other hand, had other thoughts.

Once again, Babar’s genius is on display

Babar overtook Kohli with a century in the first ODI and a 94 in the third, and he proceeded to score runs. He smashed 15 fours and four sixes in a captivating 59-ball stay, as he and Rizwan bent the Proteas attack to their will.

All of South Africa’s bowlers had a difficult time, but left-arm seamer Beuran Hendricks would want to forget about it quickly. He bowled four overs for 55 runs and received no reward. Hendricks was smashed for three sixes after bowling three dot balls.