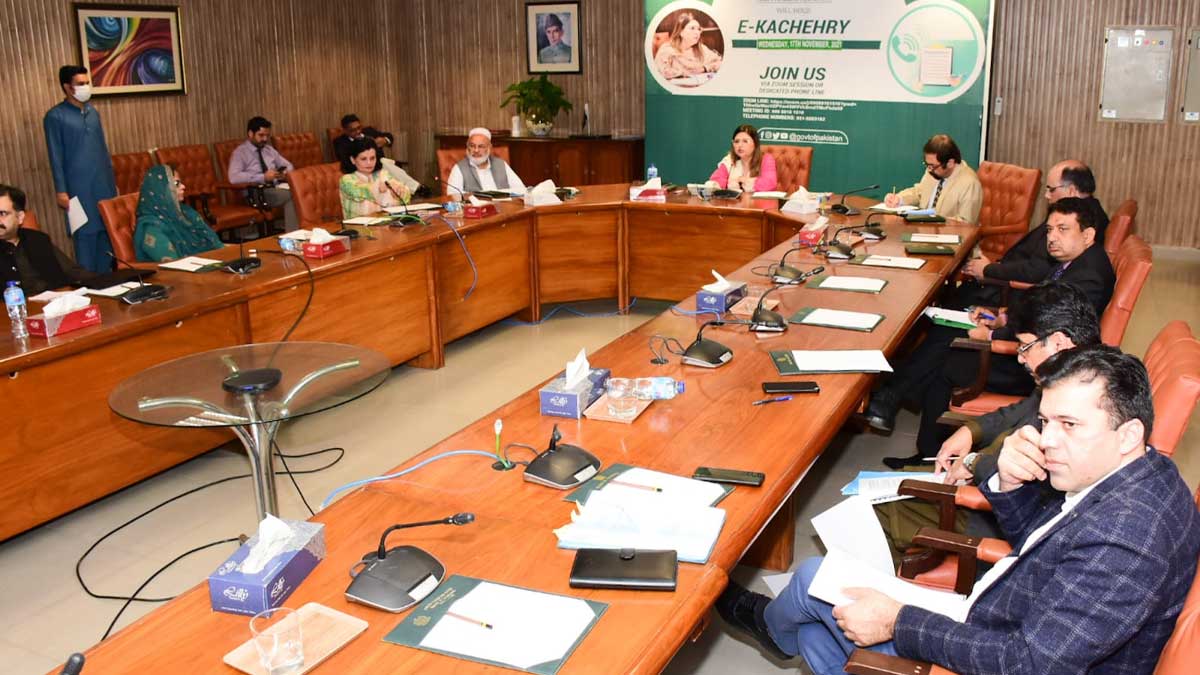 The Board of Investment (BOI) has initiated to conduct e-kachehry programs regularly for a purpose to resolve investment associated subjects.

The interaction program was directed by Secretary BoI, Fareena Mazhar. A large number of investors and members of the business fraternity participated in the program whose queries were discussed in detail.

As per the details fetched from the program, the consultants and investors came forward with a comprehensive range of queries consisting of investment in SEZs, setting up of branch offices, acquiring business visas, investment in priority sectors etc.

With this regard, Secretary and BOI Officers punctually resolved the majority of queries asked during the meeting. While the issues relating to other departments, Fareena guaranteed their abrupt communication to the concerned and planned a follow-up contrivance for efficient resolution.

The meeting sustained for two hours and was a fruitful accomplishment with respect to public outreach.

While communicating to the relevant audiences through zoom and telephone during the E-Kachehry, Ms. Fareena stimulated stockholders to share their project proposals and remarks with the Board of Investment (BOI) for further coordination on matters of importance.

The aim of the session was the strengthen public trust and rising a linkage between Government’s machinery and investors.

Fareena emphasized the significance of this outreach initiative and showed confidence that E-Kachehry will become an enduring feature of BOI in due course of time.

Both investors handed over their proposals with regard to investment in Pakistan which involved building 5-star hotels in major cities of Pakistan. Moreover, Secretary BOI greeted their investment plans and guaranteed the stockholders of full support and assistance from BOI.