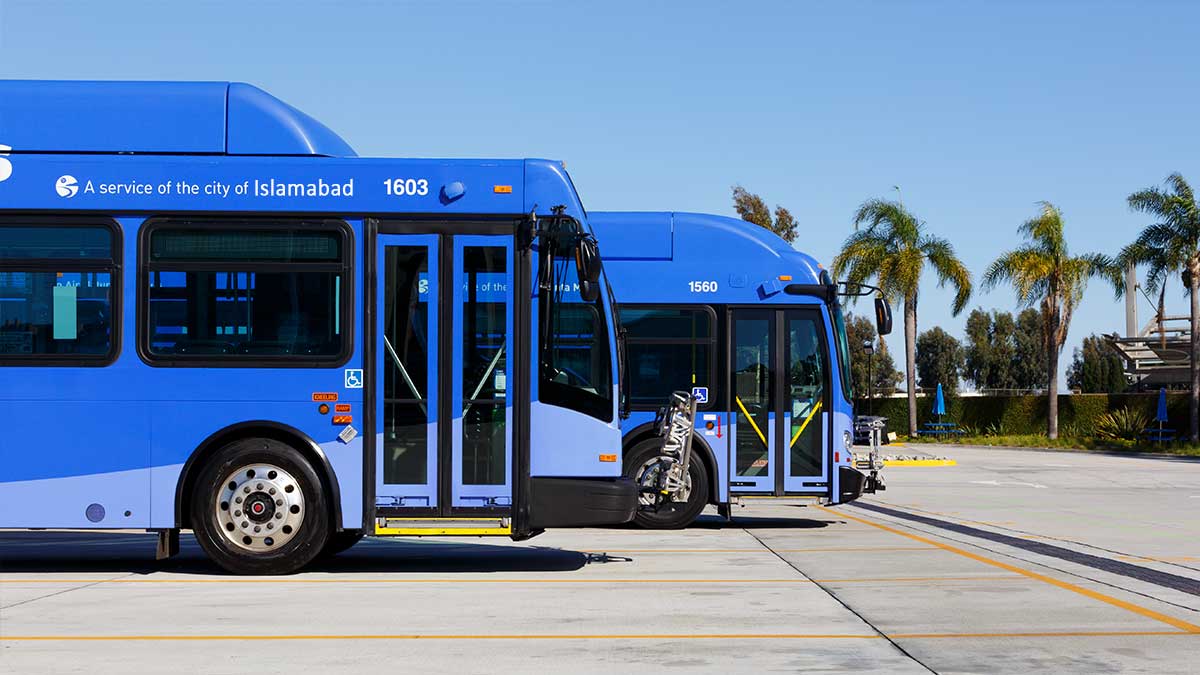 The Capital Development Authority (CDA) is looking forward to initiating the Blue and Green Line Metro Bus Service with regular traffic until the construction of new selected tracks.

According to the CDA official, the blue line service will operate from Korang Bridge Expressway to Faizabad metro bus stop. In contrast, the green line will have a track from Bhara Kahu to the Pakistan Institute of Medical Sciences (Pims) stop, joining with the already operational Rawalpindi-Islamabad Metro Bus Service.

“Initially, five buses will ply on the green line and ten on the blue line in mix traffic as the CDA wants to start these services within two months,” cited by CDA Metro Bus Service Director Nauman Sheikh.

He stated that both new metros would first be operational on the current expressway and Murree Road.

“At a later stage, if the need arises, we will construct separate designated tracks,” Mr. Sheikh mentioned, continuing that all four metros – Rawalpindi-Islamabad and airport metros, along with the blue and green lines will be integrated.

“Soon, a presentation will be given to the federal government and Prime Minister Shehbaz Sharif for a final decision about the green and blue lines,” a CDA told the media men.

CDA further stated that frequent traffic congestion was seen on the two-lane Murree Road in the Bhara Kahu area, due to which the decision was made that the buses would not go via the Bhara Kahu bazaar.

“We will construct a protected u-turn and a bus terminal for a green line on CDA’s acquired land, which is located near Bhara Kahu.”

Moreover, after the arrival of 30 buses from China later this month, 15 borrowed buses will be made a part of the Rawalpindi-Islamabad Metro Service. The remaining ten buses will be operated on the blue line and five on the green line.

The civic agency would have to build two u-turns, a terminal for the green line service, and bus stops on the expressway for the blue line service, a CDA official said.