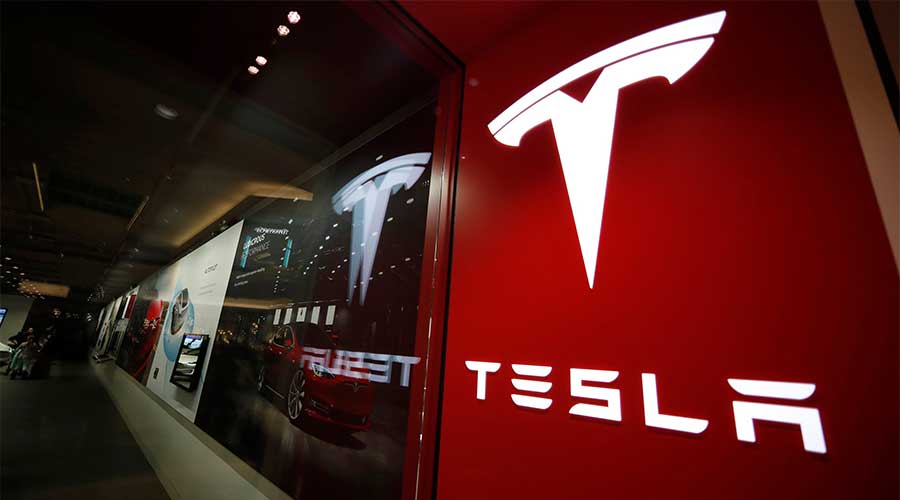 Bitcoin hit a fresh record above $48,000 on Tuesday after Tesla announced an investment of $1.5 billion in the largest cryptocurrency.

The price of Bitcoin soared 7.9 percent to almost $48,216 in Asian trading from around $44,500 on Monday in reaction to Tesla’s announcement that the California-based electric car maker headed by Elon Musk has bought $1.5 billion worth of Bitcoin and it plans to begin accepting the digital currency as payment for its high-end vehicles soon.

As the prices of Bitcoin have surged to a new high on Tuesday, Tesla shares were up more than 2.5 percent in premarket trading.

In a filing with the Securities and Exchange Commission, the company said that it has bought the bitcoin for more flexibility to further diversify and maximize returns.

“In January 2021, we updated our investment policy to provide us with more flexibility to further diversify and maximise returns on our cash,” Tesla said in announcing the $1.5 billion bitcoin purchase.

The company also said that payments would be accepted in bitcoin in exchange for its products.

Tesla also warned investors of the volatility of bitcoin’s price in its Securities and Exchange Commission filing.

Moreover, this move raised many questions about CEO Elon Musk’s behavior on Twitter. He has been observed crediting for increasing the prices of cryptocurrencies like bitcoin and dogecoin by posting positive messages that have encouraged more people to buy the digital currencies.

Furthermore, after Tesla has moved into Bitcoin, it represents an investment of a significant percentage of its cash in the investment. Whereas, according to its most recent filing, the company had more than $19 billion in cash and cash equivalents on hand at the end of 2020.

Tesla now has 43,053 bitcoins in its holdings compared to the highest owned by US-based business intelligence and mobile software company MicroStrategy that has around 71,079 bitcoins.