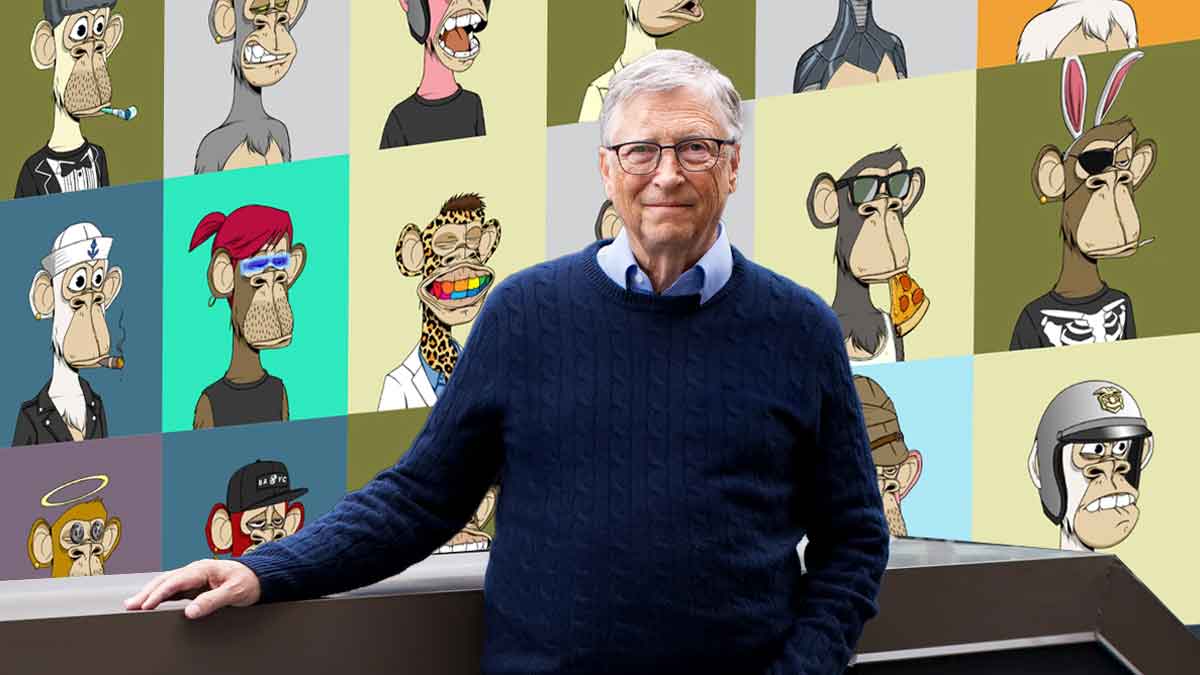 Bill Gates, the IT tycoon, has slammed NFTs as “100% based on greater fool theory” – the financial concept that even overvalued assets can earn money if you sell them to a bigger idiot.

Gates stated he favoured investing in assets with real outcomes, such as farming or factories, “or a company where they manufacture stuff,” and that he had no position in cryptocurrencies or NFTs, speaking at a TechCrunch event on climate change.

“I’m not a part of it.” “I’m not long or short in any of those things,” Gates remarked, implying that he was also wary of assets that were intended to “escape taxation or any form of government laws.”

Bill Gates isn’t the first person to be skeptical of cryptos and NFTs. In a February 2021 interview, he expressed concern about the risks of ordinary investors buying Bitcoin, especially since the cryptocurrency’s value was so unpredictable and might be wiped out by a tweet from a prominent investor like Elon Musk.

Gates’ predictions concerning fluctuation were correct. Bitcoin was rising in price when he spoke in 2021, reaching a high of $63,000 in April of that year. It would then plummet before rising to an all-time high of more than $64,000 in November of last year.

Since then, the price of Bitcoin has plummeted once more, and it is currently trading slightly around $20,000 at the time of writing. After the collapse of so-called “stablecoin” Terra in May and the ongoing bankruptcy of crypto lending site Celsius, this steep drop is part of a larger set of convulsions hitting the crypto sector.