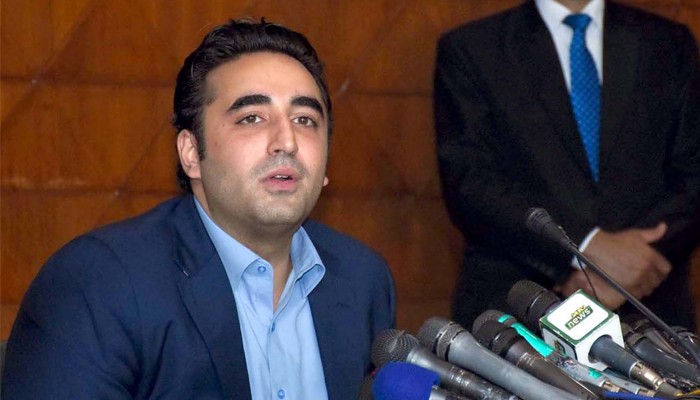 Chairman PPP Bilawal Bhutto Zardari said that the NFC is unconstitutional and corona virus has been spread intentionally by the federal government and we have to now live with it. He said it in the Sindh Assembly building’s auditorium while talking to the media.

He said that the government must support the front line soldiers with the financial benefits, the PPP will stand with it. It is inhumane to fire all employees of Pakistan Steel Mills in these crucial days of the corona and this step of the federal government would be challenged at every forum. Prime Minister has surrendered at corona and the Kashmir issue.

Bilawal announced the holding of all party’s conferences regarding the unconstitutional formation of NFC. Federal must take back the NFC notification, it is a serious issue.

Chairman PPP said that the rich are being benefitted in the name of the poor. The economic system has been ruined. The Federal government has to be answerable because they are responsible for this now and masses and doctors have been left at the mercy of circumstances.

“How many times, the Prime minister met the lower class people and the labor leaders?”, he asked.

According to Bilawal Bhutto, the steps taken by the Sindh government regarding corona have been sabotaged by the Federal government and blamed it for the virus spread. Now we can neither save ourselves from coronavirus nor from the destruction of our economy. Sindh government has been left unhelped in locust issue as well. No air spray has so far been done.

What message has been given to the world by including Gilgit, Baltistan, and Azad Kashmir? Azad Kashmir is a state, not a province of Pakistan, This is the responsibility of the government of Pakistan to fulfill the financial requirements of Azad Kashmir, taxes are collected by the provinces for this very purpose.

Bilawal expressed the feeling of great sorrow over the recent aircraft issue.  He said the government has failed at every level.