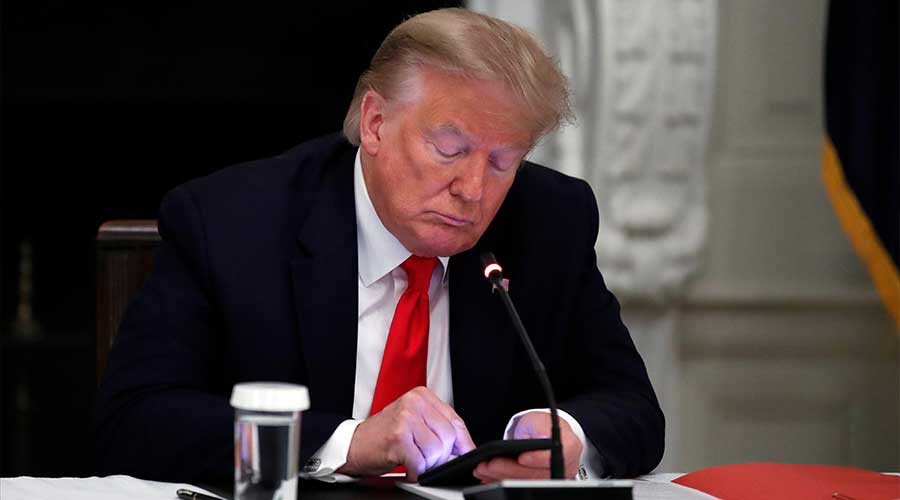 In a statement, Twitter said that his posts could be “mobilized by various audiences, including to incite violence.”

Trump said, in a vague statement to reporters, “I think Big Tech is doing a terrible thing for our country and for our nation. And I assume this would be a terrible mistake for them. It’s contentious and divisive.”

According to a Reuters report, he indicated at a “counter move” to Big Tech’s “actions” without disclosing specifics of the counter move or the precise actions. He promised a “big announcement soon” as well.

This isn’t the first time that Trump has brought Big Tech to the task. To wit:

Meanwhile, in Seattle federal court, social network Parler has threatened legal action against Amazon, filing an 18-page lawsuit. After the platform took no action against the threats of violence posted on the platform prior to Wednesday’s riot at the Capitol, Amazon removed Parler from Amazon Web Services, its cloud-based server.

The social network Parler stated that the ban was to narrow down Amazon’s competitors from the market.

The filing of the complaint did not impact the stock price of Amazon (NASDAQ: AMZN), which was up 0.21 percent. However, Facebook stock (NASDAQ: FB) was down 2.24 percent, Alphabet Inc, Google’s parent company, suffered a 1.07 percent decline and Twitter (NYSE: TWTR) was down 2.37 percent as well.