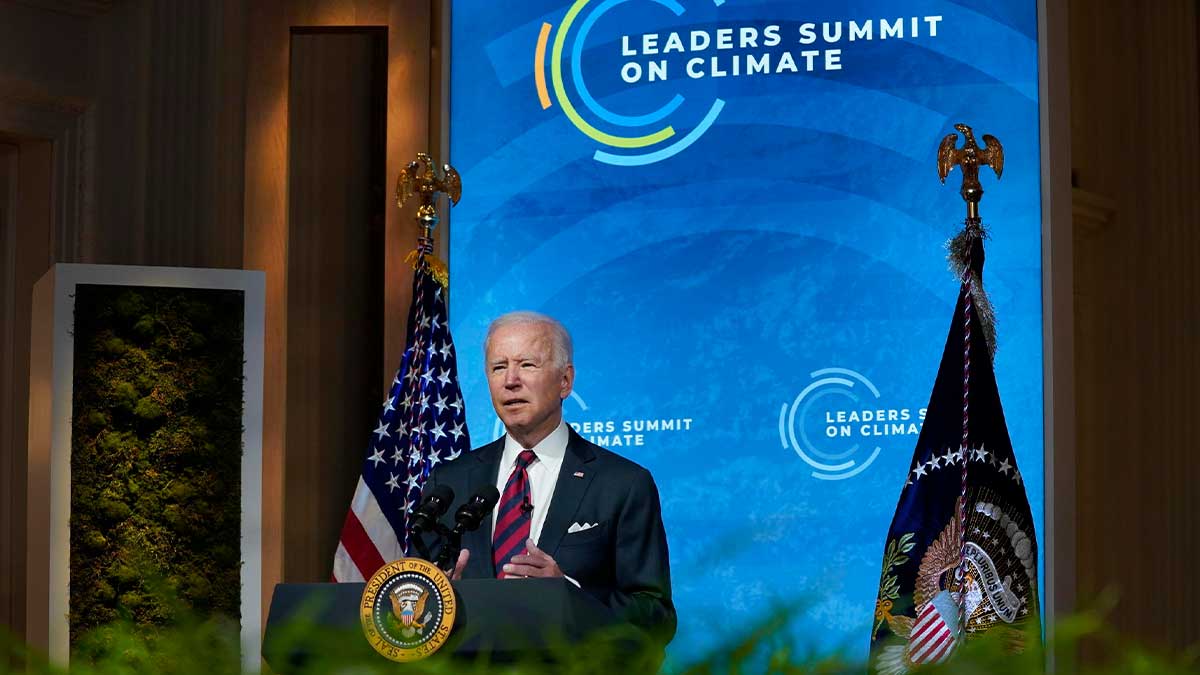 The Biden administration announced on Thursday that by 2030, the United States would have reduced its greenhouse gas emissions by 50% to 52% from 2005 levels, a new goal it hopes will inspire other major emitter countries to increase their commitment to tackle climate change.

The target was announced at the launch of a two-day climate summit organized by Democratic Vice President Joe Biden, as the US tries to retake global leadership in the battle against global warming after former President Donald Trump pulled the country out of international efforts to reduce emissions.

It also represents a significant step forward in Biden’s larger strategy to fully decarbonize the US economy by 2050, which he claims would generate millions of good-paying jobs but which many Republicans fear will harm the economy.

The reductions in pollution are supposed to come from power plants, vehicles, and other sectors throughout the economy, however, the White House has not set specific goals for each of those industries.

Meanwhile, with concerns that America’s pledge to a renewable energy economy will change dramatically from one administration to the next, how the US plans to achieve its climate goals will be critical in cementing US credibility on global warming.

Biden’s newly unveiled $2 trillion infrastructure plan includes a renewable energy standard aimed at achieving net zero emissions in the power sector by 2035, as well as efforts to electrify the vehicle fleet. However, before becoming law, the measures must be approved by Congress.

During his campaign and the early days of his administration, Biden concentrated on establishing US climate leadership after Republican Trump, a climate change skeptic, pulled the US out of the Paris climate agreement.

Environmental organizations, several business leaders, the UN Secretary General, and foreign governments have pressed the new administration to set a commitment to reduce emissions by at least half this decade in order to enable other countries to set their own ambitious emissions targets.

In addition, the goal of world leaders is to keep global warming below 1.5 degrees Celsius above pre-industrial levels, a level that scientists believe would avoid the worst effects of climate change.

With the current US target, increased commitments from Japan and Canada, and prior goals from the European Union and the United Kingdom, countries responsible for more than half of the world’s economy are now dedicated to reductions to meet the 1.5-degree Celsius goal, according to one administration official.