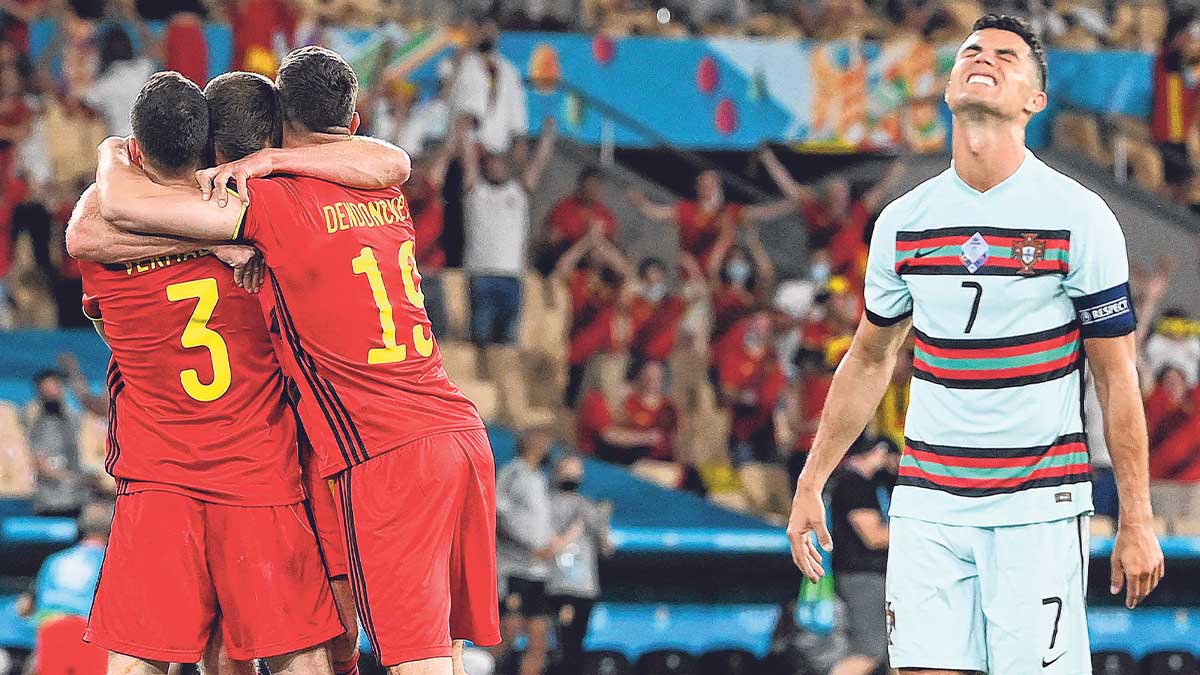 In the round of 16, Belgium ended Portugal hopes of defending European Championship defence after defeating Cristinao Ronaldo’s team by 1-0.

During the narrow margin victory over Ronaldo XI, Belgium lost their star players Eden Hazard and Kevin De Bruyne due to injuries.

The match was played in Seville in which Thorgan Hazard scored the only goal of the match via a long range shot and beats Rui Patricio.

Read more: In Cristiano Ronaldo Vs Coca-Cola Fiasco, Fevicol is the Real Winner of Euro 2020

Belgium will be playing against Italy in the quarter final of the European Championship.

During the match Portugal had so many shots on target but could not capitalize from it.

From Diego Jota’s strike to Cristiano Ronaldo’s free kick, Thibaut Courtois the Belgium and Real Madrid goalkeeper made sure the ball did not go through from his gloves. On the otherside, Thorgan Hazard managed to beat Rui Patricio in the 42nd minute of the game.

After conceding a goal Portugal stayed low and did not sparked the game until the Portugal’s manager used substitutes and bring on the debutant Joao Felix and Bruno Fernandes in the second half of the match. However, despite several attempts the Portuguese were unable to level the score line.

Eden Hazard was consistently facing injuries and while playing against Portugal faced yet another injury. Apart from left winger, Kevin De Bruyne was also injured and both key players in Belgium golden generation squad could be unable to start against inform Italy.

After scoring two penalties against France, the five times Ballon D Or winner Cristiano Ronaldo levelled Iran’s great Ali Daei record of 109 goals, and in this match he was eyeing to set a new record, unfortunately it was not his night.

The quarter final match between Belgium and Italy will be played in Munich on Friday and the winner will go through to semifinal of Euro 2020.