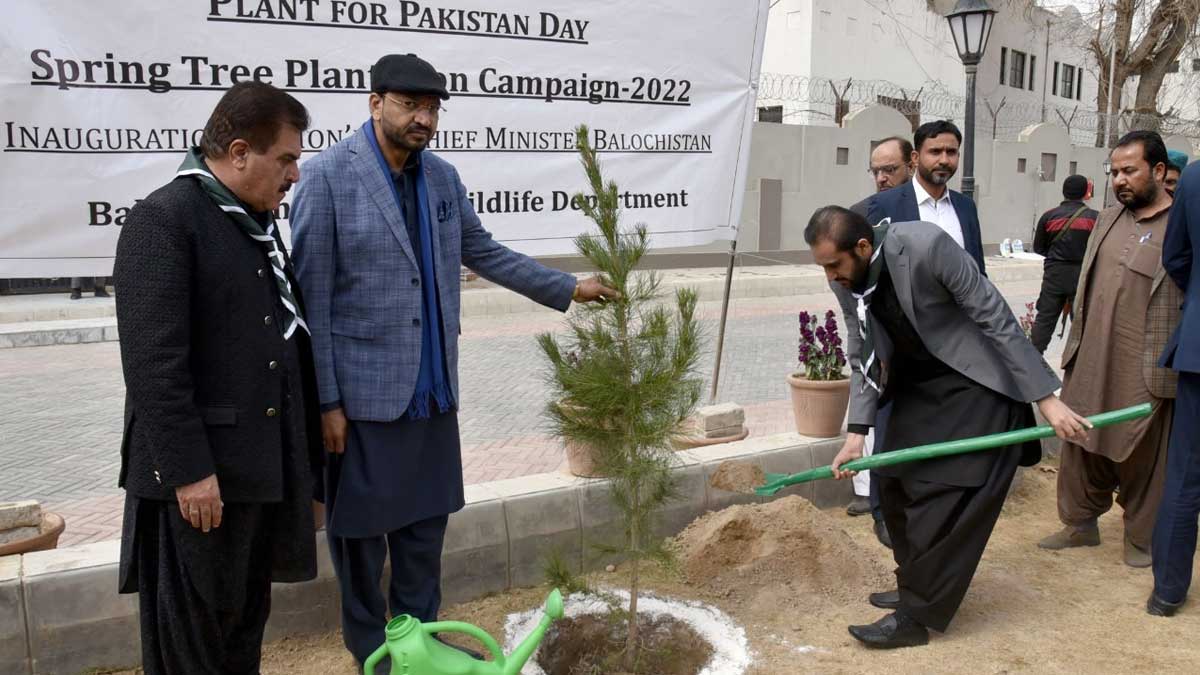 The Balochistan government has taken the initiative to plant 10 million trees across the province in the current year with the intention to enhance greenery and lessen the challenges and influences of global warming.

In line with the official of the provincial Forest Department, about 0.5 million trees would be planted in the province in the spring plantation initiative.

The provincial Forest Department would give seedlings amid the dwellers and cultivated plants itself in the spring plantation drive to attain its target, he added.

Moreover, he said that the government would launch exemplary nurseries on district level in the province and the people of the province would be involved in a plantation movement through a door-to-door campaign.

In this regard, he made an appeal to the public to plant trees in their homes and keenly take part in this national cause as trees improve the natural beauty and offer a clean environment to the residents.

The officer announced that Balochistan government had scheduled to encourage the plantation of olive trees in the dehydrated regions of the province because of its low water consumption and the government would help the farmers in planting the trees.

Emphasizing the importance of trees, the officer said the plantation of more and more fruit trees was important to diminish food insecurity, in addition, it would also assist earn income by exporting the product to potential countries.

He maintained that the government had prioritized roadside areas for the campaign and the Forest Department would concentrate their attention to plant trees in schools, colleges, public parks, and green belts in Quetta and other districts.

“Mangroves trees would be planted at the coastal areas of the province during the current plantation drive,” he added.

Additionally, he said that the government would initiate a district-wise tree plantation campaign in the province to achieve the maximum number of trees plantation.

Answering a question, he said deforestation will be stopped by all means, and penalties for illegal cutting will be enforced as the protection of forests is our top priority.