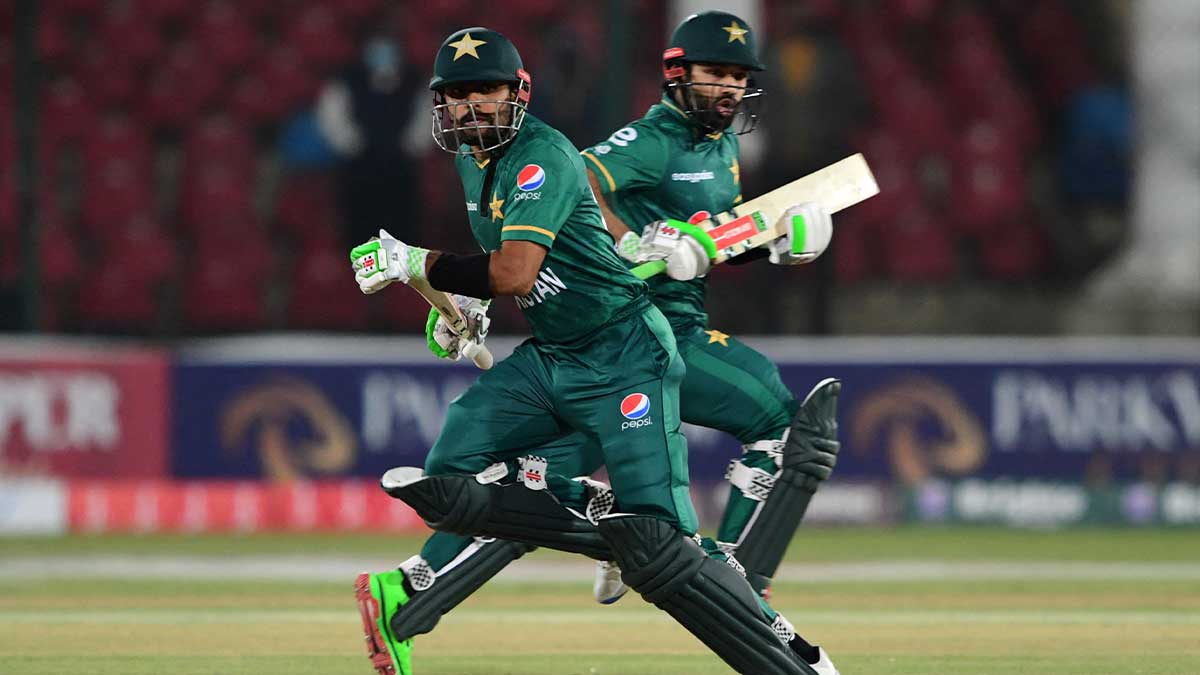 The Pakistan cricket team completed a record T20I run-chase against the West Indies team on Thursday, rewriting cricket history in the process thanks to the deadly duo of Babar Azam and Mohammad Rizwan.

In the third and final match, skipper Babar Azam hit 79 off 53 and Mohammad Rizwan hammered 87 off 45 as they made 158 for the first wicket, which was almost postponed due to COVID-19 cases on the West Indian side.

This year’s Green Shirts have been outstanding. They concluded 2021 with six victories in eight T20I series, winning 20 of the 29 matches they played in the calendar year, a T20I record.

This is Babar Azam and Mohammad Rizwan’s sixth century stand in Twenty20 Internationals, the highest by any partnership in the format this year.

Mohammad Rizwan, a right-handed batsman and Pakistan’s keeper, has broken Chris Gayle’s record by being the first cricketer to score 2,000 T20 runs in a calendar year.

He scored 2,036 runs in T20 cricket this year, including 18 half-centuries and a century.

Rizwan With the Most Sixes

Rizwan blasted three sixes throughout the innings, bringing his total T20I sixes in 2021 to 42. He broke the record for most sixes in a calendar year, overtaking Martin Guptill of New Zealand, who hit 41 in the same year.

Rizwan also hit 119 fours in the calendar year, making him the only player to hit more than 100 boundaries in a single year.

Babar Azam, who dropped to the No. 3 from 1st spot in T20 batsman, smashed a half-century and became the first player in T20 cricket history to score 20 50s in a calendar year. Babar’s record also includes three double-digit scores.

The opening pair’s outstanding batting performance enabled Pakistan to comfortably chase down a 208-run mark, making it one of the country’s most successful T20I chases. It’s also the highest T20I score ever at Karachi’s National Stadium.

The previous best run-chase for Pakistan was 204 versus South Africa in Centurion in April of this year.