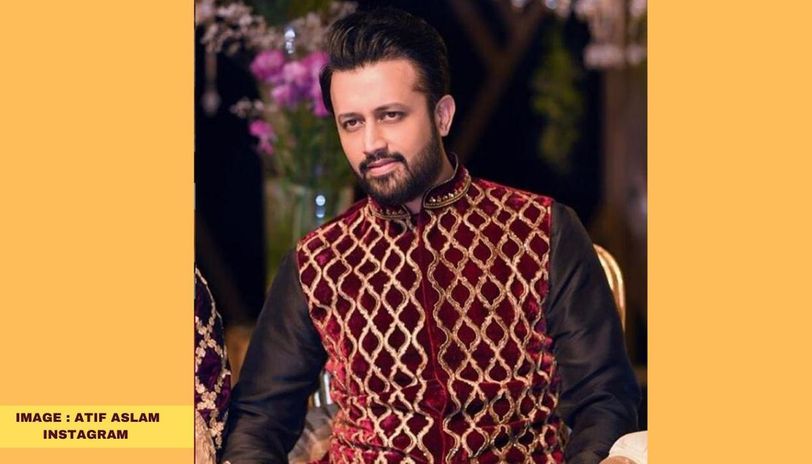 Pakistani iconic singer Atif Aslam, during a recent tv interview, has put the speculations to rest of him quitting the music industry.

Atif Aslam was recently seen reciting Azaan, naat, Asma-ul-Husna, and qawwali which made fans wonder if he is leaving the music industry.

Atif Aslam clarified the recent rumors that he is quitting the music industry for more religious life. During an interview, the 37 years old international singing legend addressed the rumors by saying, “The topic of leaving the music industry is one that’s quite personal. But I want to keep myself attached to my religion while still being part of the world. I won’t say I will be giving up on music entirely, but I want to highlight important aspects of religion like the 99 names of Allah and Tajdar-e-Haram.”

So he made clear that he is not in a mood to say bye bye to the entertainment industry but he did say that he wants to be close to Islam. He added, “I feel happy knowing that there are youngsters who are not just listening to my music but are also getting inclined towards these things. But I am still not quitting music.”

Hs recent recitation of Azaan, the prayer calling in Islam, made everyone crazy and took the whole internet by storm. He received immense praise for the beautiful and soulful reciting of Azaan.

A Call for help

He also recently said that he always wished to recite Azaan at the Holy Kabbah in Mecca and the idea of recitation actually came from here.

Then he shed light on his recent performance of Asma-ul-Husna that was liked by almost whole Pakistan. As he said, “In life, we do a lot of things, some are virtuous some are sins. I was lucky enough to have performed Tajdar-e-Haram, and I consider myself very lucky to have gotten a chance to perform Asma-ul-Husna. I can’t explain the feeling I got while I was reciting the names.”