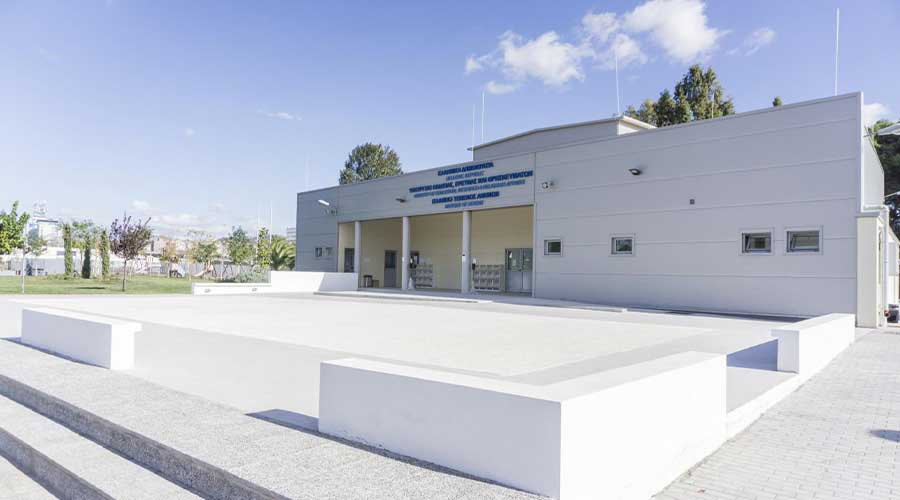 After years of postponements from religious and political parties, the first government funded mosque finally opened its door to worshipers in Athens since 1833.

More than a thousand Muslims from Pakistan, Bangladesh, Syria, Afghanistan live in Athens but the city has not had a formal worship place since it forced Ottomans to leave nearly 200 years ago.

The development to build a mosque in Athens began in 1890 but took decades to happen due to strong disagreement from the Christian Orthodox population, slothful administration, financial crisis and nationalists who were in a strong position in the area.

In the era of the coronavirus pandemic, only a few worshippers were allowed to enter to attend prayers and individuals made sure to follow the SOPs set by the administration such as wearing masks and sitting at a safe distance to halt the spread of coronavirus.

While some are celebrating the historic moment, others were unhappy with the shape of the mosque. The mosque is gray, with no dome and in a rectangular structure that does not displays any similarity to other mosques in Europe or anywhere in the world.

“It does not at all look like a place of worship, it is a small, square, miserable building,” said Naim El Ghandour, head of the Muslim Association of Greece. “We thank them very much for the offer, but we will fight to reach it to the level that we deserve.”

Due to the second wave of the coronavirus, the gathering for formal prayers has been banned till the end of November to limit the surge of coronavirus.

“We will pray at home, and as soon as the lockdown is over the mosque will again be open for the worshipers,” Ashir said.