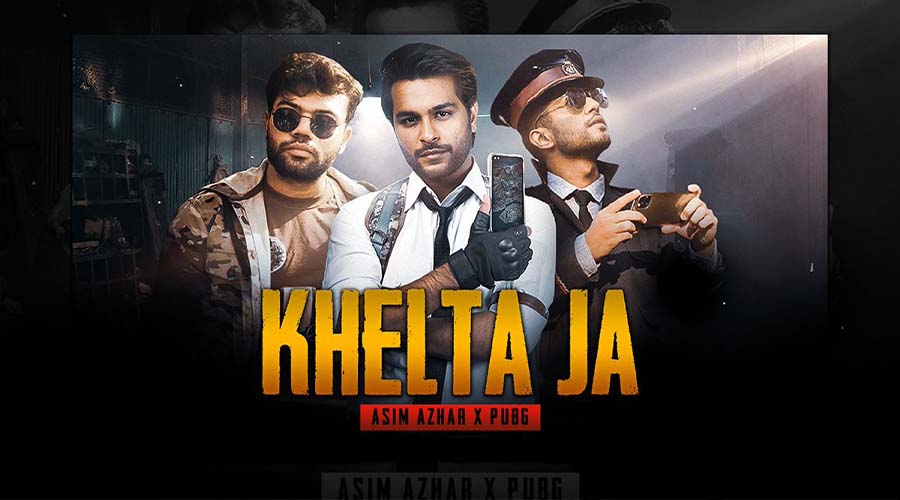 For the mobile game phenomenon PUBG, Asim Azhar has been roped in to belt out the latest exclusive Pakistan anthem, Khelta Ja.

For a few days, the 24-year-old teased his collaboration with the hashtag ‘PUBGMobilexAsimAzhar’ and finally posted a clip-on Thursday with fans.

Khelta Ja comes with an apt music video that features famous Pakistani YouTuber and gamer, Ducky Bhai (Saad Ur Rehman) and other live-action players including model Khushhal Khan who made his debut into the field.

The song samples an in-game warning as well, “Enemies ahead!” At one point, he also pointed out the ban on PUBG Mobile earlier this year, among other applications. He had opposed the ban vigorously, and had, in fact, asked Prime Minister Imran Khan himself to lift it.

Khelta Ja by Asim Azhar is available on YouTube and Facebook, also on the official handles of PUBG Mobile Pakistan. Watch the song here.

Apart from that. In 2020, Asim Azhar released two singles, Tum Tum and Soneya and was also part of another official anthem; Tayyar Hain, with Ali Azmat, Haroon, and Arif Lohar, which was the Pakistan Super League (PSL) 2020 anthem.