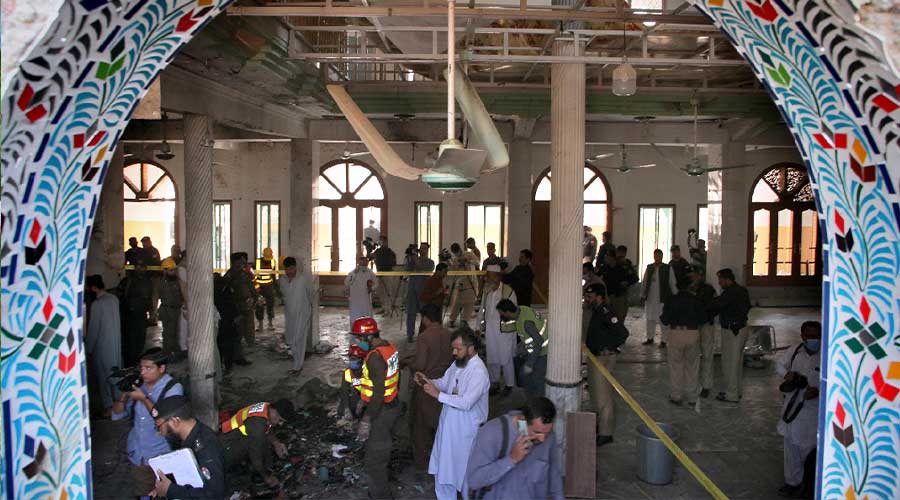 On Tuesday, a blast in a madrassa in Peshawar’s Dir Colony killed at least 8 people and more than 123 were injured, this blast refreshed the horrible memory of the 16th December 2014 terrorist attack at APS school, Peshawar where approximately 150 people were killed. Over this mournful day, celebrities mourn the Peshawar madrassa blast.

According to the sources, around 40-50 children were present inside the madrassa as the IED bomb went off. Around 1,100 students study at the institution and students between the ages of 22 and 28 were present in the class at the time of the explosion, as per the statement of the seminary’s administration.

SP City Peshawar Waqar Azeem told the reporter that an unidentified man entered the madrassa around 8 am and left a suspicious school bag on the premises. He added that the bag has had an IED device that went off as soon as children started filling in the seminary.

And so many celebrities and public figures took to social media platforms and showed their grief towards the heartbreaking Peshawar blast tragedy;

Singer and now ambassador for Pakistan’s first knowledge city at Namal Ali Zafar also expressed his sadness with a tweet, alongside a song he released following the tragic APS attack of 2014. “I’m deeply saddened by the terrorist attack on the madrassa in Peshawar. It brings back some haunting memories from the Peshawar school attack. None of this should be forgotten,” he shared.

Meray Paas Tum Ho actor Humayun Saeed also tweeted about the incident. “Deeply saddened to learn about the terrorist attack in a Peshawar madrassa,” he said. “My mind is numb at the thought of our children bleeding again, an unfathomable loss for the families. Lots and lots of prayers for the victims. May Allah protect us from all evil,” he concluded.

“At a loss of words. May the martyrs of the #DirColony tragedy rest in eternal peace. My thoughts and prayers are with the bereaved families and the injured,” wrote actor and singer Farhan Saeed.

Meanwhile, singer and songwriter Fakhr-e-Alam deemed the incident another ‘cowardly’ attempt at destabilising the country. “Cowardly terrorist attack on children this morning in Peshawar. There is a clear strategy to destabilise Pakistan.”