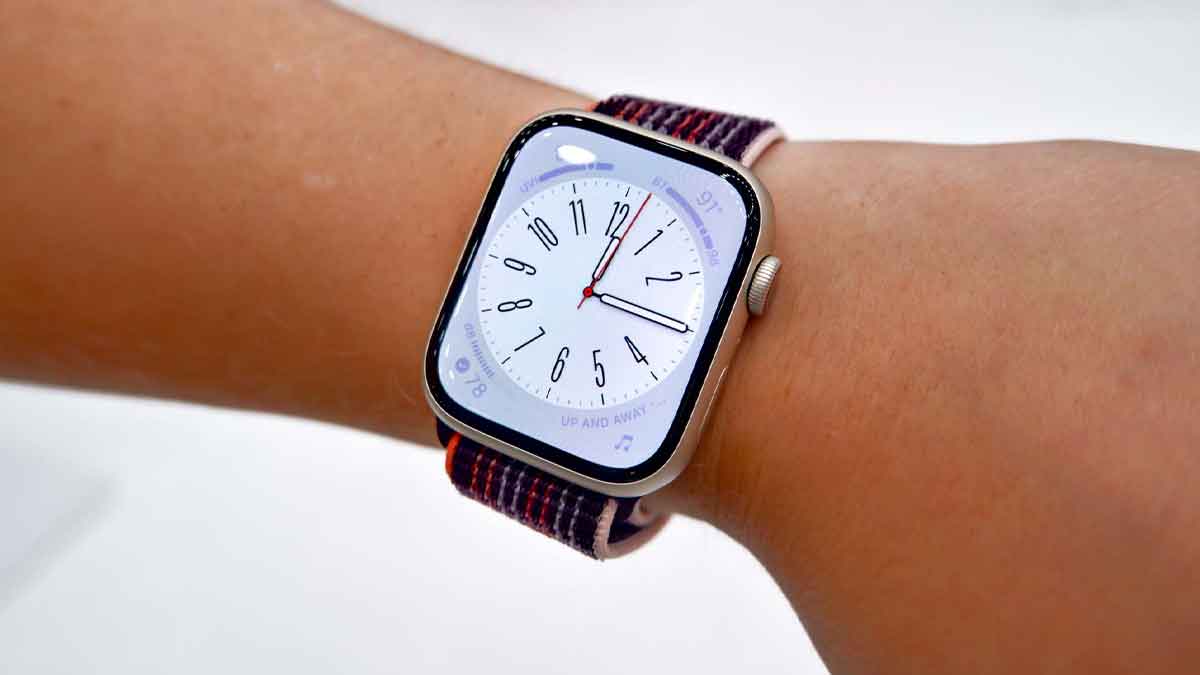 The Apple Watch Series 8 is the newest wearable device from Apple. Apple claims that the addition of a new temperature sensor “takes its commitment to women’s health even further.” In order to determine if you’ve been in a serious vehicle accident, the Series 8 also comes with two new motion sensors. The GPS model will cost $399, and the cellular model will cost $499. It will be offered starting on September 16th.

The tech giant claims that it can monitor temperature variations as small as 0.1 degrees Celsius and that it continuously monitors your temperature. According to the company, monitoring your body temperature overnight can help you get insights into your ovulation cycle, which it can then utilize to improve the cycle tracking function on the watch for those who menstruate.

After Roe v. Wade was repealed, the firm claims that this data is encrypted on the watch itself, which is a critical factor for anyone tracking their periods. Anyone using Cycle Tracking will now receive a warning from Apple if their cycle is irregular, which might be an indication of “underlying health conditions,” according to the company.

Read more: Apple Watch Series 8 will be able to detect if you have a fever

According to the makers, the crash detection feature will only activate while you are driving, preserving the watch’s 18-hour battery life. Additionally, Apple is offering a low power mode that increases the battery life of the watch to 36 hours. As long as they are running watchOS 9, older watches starting with the Series 4 will also get the feature.

When the mode is enabled, the auto-workout tracking and always-on display are disabled, but activity monitoring and crash detection are retained. Cellular roaming is also coming to previous watches and the Series 8.

The Series 7 from last year had a slightly revised design with a larger screen than earlier models.  Only a few additional features, such as faster charging, increased durability, and some new colours, were included in addition to the redesign. The stainless-steel version is offered in three colours: silver, gold, and graphite, while the Series 8 aluminium comes in four colours: midnight, starlight, silver, and red.

There is an a plenty of competition for the Apple Watch Series 8. The Sense 2, Inspire 3, and Versa 4 smartwatches from Fitbit, which span a variety of pricing ranges, have recently been added to the company’s lineup. Critics have given the newest line of smartwatches from Garmin high marks. Even while Samsung’s Galaxy Watch and the impending Pixel Watch aren’t truly in a race for iPhone users’ wrists, it’s always intriguing to see how Apple’s wearable compares against the top Android devices.