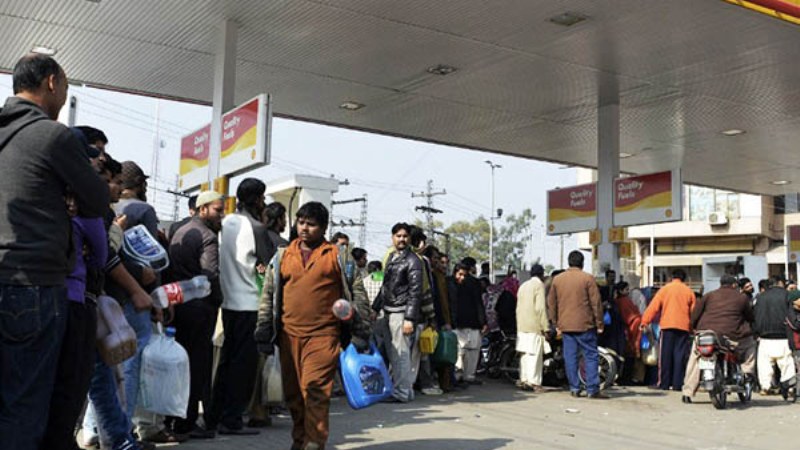 The crackdown started against agencies and shops selling petrol in bottles and containers in Rawalpindi as the petrol shortage worsens after the government reduced its prices for the month of June.

The Rawalpindi district administration has canceled the licenses of 90 agencies and shops for selling the petrol in bottles and containers. The decision has been taken in the light of the Supreme Court’s order by which selling petrol in bottles etc. has been banned. After this decision, there is no license holder agency or shop in the city with legal status.

According to the concerned sources this step has no relevance with the present crises of petrol rather the action was taken last month to abide by the Supreme Courts’ decision. The agencies and the shops on Adiala Road, Chakri Road., Gulzar e Quaid, Dhok Syedan Road, Girja Road, etc. have been sealed.

Sources said that this big operation will continue. People of Rawalpindi appreciated the steps, taken by the Rawalpindi Administration as the sale of open petrol is very hazardous and can cause an accident, resulting in a big human loss.

Moreover, the scarcity of petrol could not be controlled so far and long queues are found on different petrol pumps not only in cities but in surrounding areas like Taxila and Wah Cantt. People, in general, are however of the view that the government should not be blackmailed by the petroleum companies. They also appreciated the efforts of the government which are being taken to control the crises.