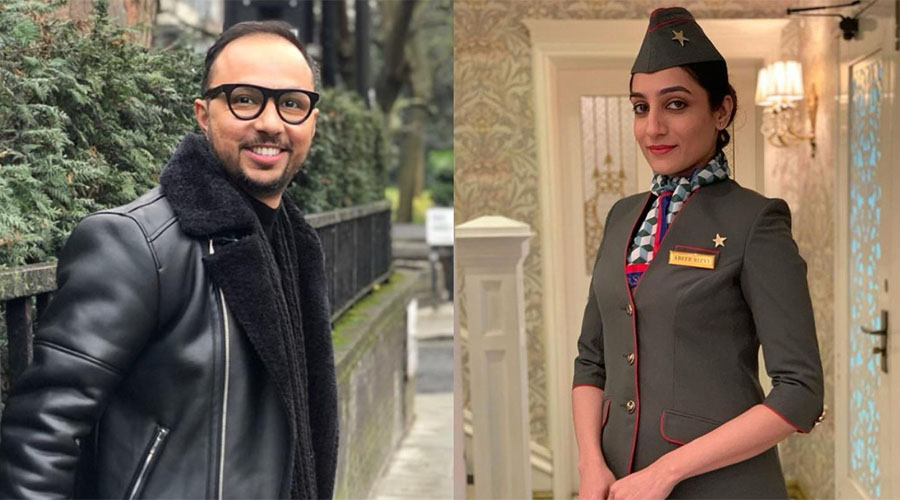 The celebrated fashion designer, Nomi Ansari, has announced his affiliation with AirSial and he has designed uniforms for the crew of the airline.

Prime Minister Imran Khan on Wednesday inaugurated AirSial, the third private airline of Pakistan, which was introduced and will be operated by Sialkot’s business community. However, there is something exciting about it. The Airline recently announced that the official uniform will be designed by Nomi Ansari.

The staff working in the Pakistan International Airlines (PIA) currently wears Nomi Ansari, with the print of the headscarf created by another designer, Sania Maskatiya. Now, AirSial will be another feather in his cap.

“I had been working on this project for a year now and the uniforms actually got done earlier this year, in April,” says the designer.

“But then, the airlines’ launch got delayed due to Covid. I made different variations and they shortlisted the design that they preferred. I wanted to give the uniforms a tailored look and select a color that was neutral and went with all skin tones.”

For the men’s uniform for AirSial, Nomi Ansari says is along similar simple lines but is currently undergoing a few tweaks.

He further said, “For the women, I have created a short shirt with three-quarter sleeves, paired with a jacket, cap and scarf. There are different prints for the scarves depending on what crew the staff member belongs to,” he added.

What is it with Nomi and flight attendants’ uniforms? “It’s just a job that I am given to do and I put all my heart and soul into it. I am only supposed to provide one design but instead, I give options and add variations. I enjoy it,” says the designer.