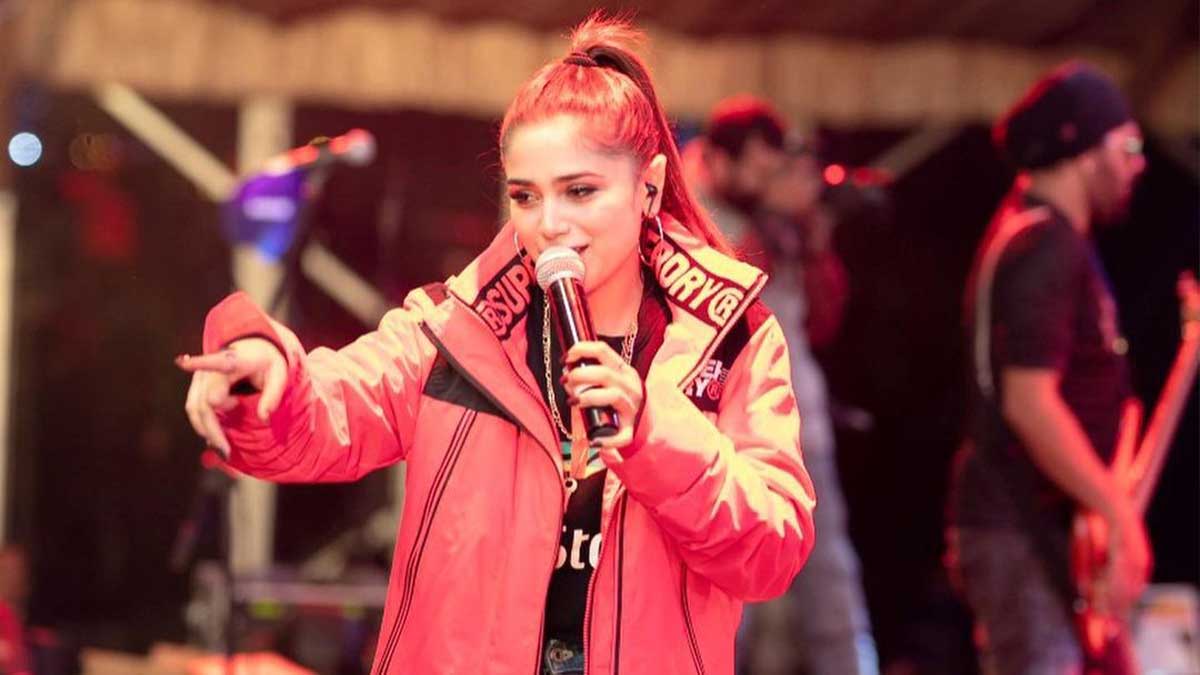 Aima Baig, a well-known leading Pakistani singer, has added several success stories and achievements during her charismatic career and now she achieved another milestone as she has been named Spotify’s ‘Most streamed local female artists in Pakistan’ list for 2021.

The 26-year-old singer rose to prominence with her first tune Kalabaaz Dil for the film Lahore se Aagey (starring Saba Qamar and Yasir Hussain) in 2016.

She is well known for her Coke Studio performance of the song Baazi with Sahir Ali Bagga. She went on to sing OSTs for a number of popular dramas, including Do Bol, for which she sang a duet with Ali Zafar in the 2018 film Teefa in Trouble.

Aima Baig announced her major accomplishment on Instagram, thanking her supporters and calling it “a dream come true.”

“Pakistan’s most streamed female artist in 2021.” In the caption, Aima Baig said, “I kid you not, this is all a Dream come true.”

Aima Baig was named the top local female artist in Spotify Pakistan’s overall rating of artists for 2021, which was revealed last week. She was named one of the “queens of Pakistani music” by the music streaming service.

The Groove Mera singer and actor Shahbaz Shigri confirmed their engagement in July. Shahbaz intimated that the two would tie the knot by the end of the year at the 20th Lux Style Awards.

With everything she’s accomplished, this appears to be Aima Baig’s year, and it’s inspiring to watch female artists step up and truly dominating the music field.

Spotify only started in Pakistan early this year, but it has already proven to be a game changer for many users and artists due to its massive reach. When it comes to technology improvements, Pakistan is sometimes late to the party, but having Spotify on board has been a huge gain for all music fans, since it has opened up new musical horizons.