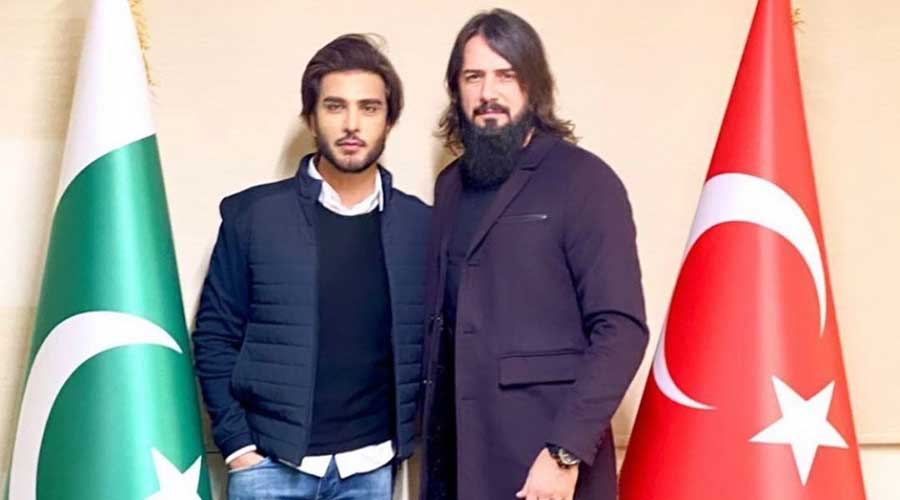 Drilis Ertugrul actor Cem Ucan aka Aliyar Bey and Khuda Aur Muhabbat star Imran Abbas seems to have bonded over a game of pool in Istanbul.
Pictures of the duo’s meeting started making rounds all over the internet when Ucan took to Instagram to thank the Pakistani heartthrob for gracing him with his presence.

“THANK’S FOR YOUR VISIT MY BROTHER,” wrote Uçan on Instagram as he shared a photo of the two superstars striking a pose.

Right after it, Imran Abbas also shared their meeting pictures where these two actors are indulged in conversation. Imran narrated his experience of their lovely time spent together. “Wonderful meeting with the famous Turkish actor,” he posted.

Ertugrul’s character Aliyar Bey – played by Turkish actor Cem Ucan – shared his plans to visit Pakistan to meet his friend Imran Abbas and his Pakistani fans who can’t stop drooling over his character in the third season of the series.

“I will come to Pakistan as soon as possible to visit both Imran and you [fans], I love Pakistan,” the Ertigrul star wrote on Instagram.

i will come to pakistan as soon as possible to visit both imran and you i love pakistan???? @imranabbas.official @kirazinannesi @caglalistt @omarimtiaz

However, Abbasi and Cem Ucan visit isn’t the only one to commemorate the strong friendship ties shared between popular actors from both Turkey and Pakistan respectively. Many other Turkish actors were also honored by Pakistan.